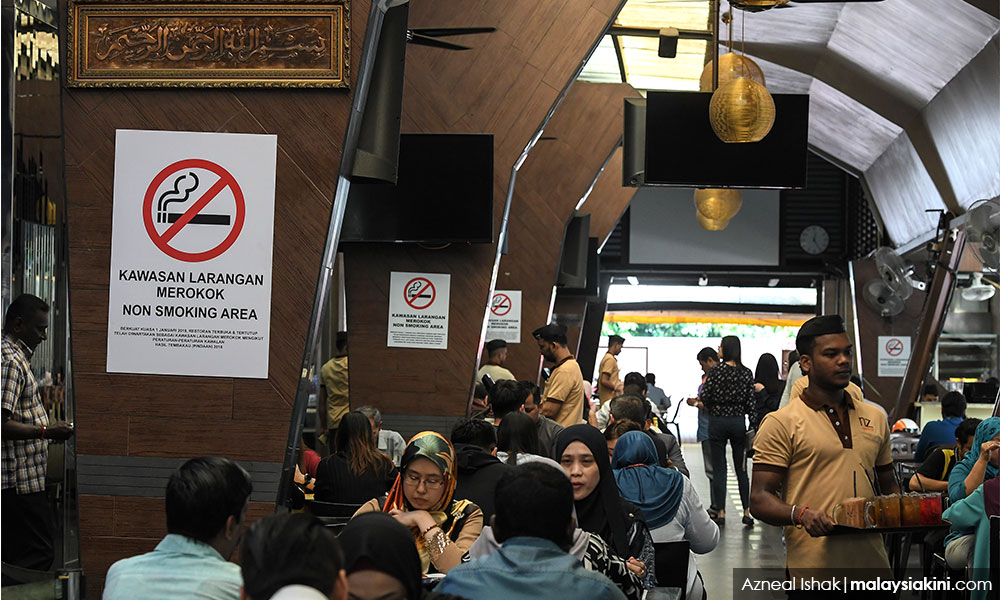 A total of 1,453 people were issued warning letters while 3,879 others were given advice until 12pm today following the enforcement of non-smoking at eateries since the start of the year.

“Ministry enforcement personnel have been reminded not to issue compounds during the first six months and to only issue warning letters,” he told a press conference in Putrajaya today.

The smoking ban at all food premises began on Jan 1 under Regulation 11 of the Control of Tobacco Product Regulations (Amendments) 2018.

After the six-month period, anyone found guilty of the offence can be fined up to RM10,000 or jailed up to two years.

Dzulkefly said a majority of those issued warning letters and advice pleaded ignorance about the ban.

He said that up to 12pm today, a total of 7,451 pamphlets had been distributed and the ministry received 28 telephone calls regarding the ban.

Dzulkefly was satisfied with the support and positive momentum showed by the people, including NGOs, towards the ban which was aimed at ensuring all food premises in the country were smoke-free.

“It’s not that they are completely banned from smoking.

"If they need to smoke, they should move away from others,” he said, adding that he was happy to see photographs on social media platforms of smokers isolating themselves three metres away to take a puff.