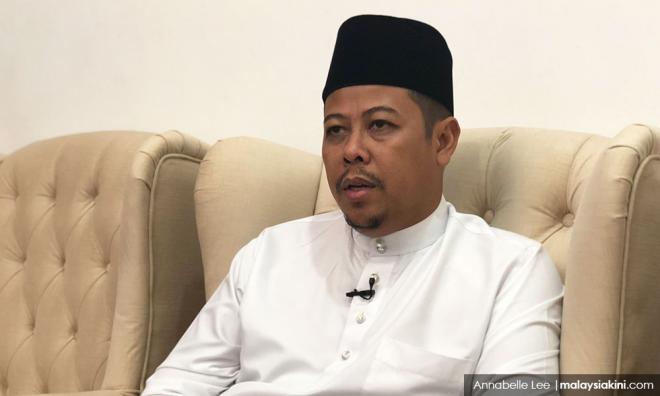 "In a big city where most city dwellers read their news through electronic media, the Federal Territories Ministry has launched a print newspaper.

"At a time when the world is talking about green environmental (initiatives), with the Federal Territories Ministry also introducing initiatives to lessen plastic use and so on to achieve first-class city status, the minister introduced a print newspaper.

"At the same time, (Federal Territories Minister) Khalid Abdul Samad's political secretary is the chief editor for that newspaper?

"What is the purpose of this newspaper? Is it to take care of their cronies and a way to waste money from the Federal Territories Foundation?" Razlan asked.

According to Khalid (centre in photo), it is a free weekly newspaper which is meant to disseminate information and act as an intermediary between the people of Kuala Lumpur, Putrajaya, Labuan and the government.

Razlan advised the minister to get a "world-class" advisor who could “think about new things happening in the world today”.

The rakyat living in the cities, he said, is relying on the new government to continue developing and spending taxpayers' money on world-class initiatives without increasing the cost of their living.

It is run by a seven-person team comprising three reporters, a photographer, an administrator, with Zulkifli Sulong and Helmi Mohd Foad as chief editor and editor respectively.