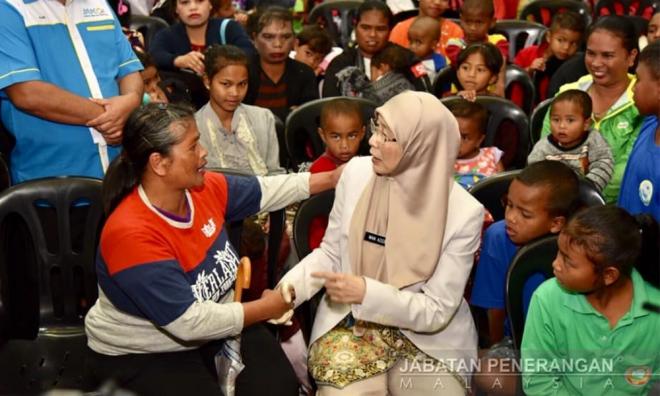 Yoursay: ‘Miracle’ not needed in Cameron if Harapan does its job

YOURSAY | ‘It must forego winning polls by any means to keep BN out of power.’

Luther Blisset: This is getting ridiculous. There’s a whiff of ‘Old Malaysia’ about all this.

The Election Court ruled that vote-buying did occur – a decision that MIC did not appeal – yet criminal charges are not being filed?

In the court proceedings for the election petition, witnesses testified that ‘tok batin’ (Orang Asli village chiefs) and villagers were given cash for votes. And not even by candidate C Sivarraajh directly, but by Pahang Menteri Besar Wan Rosdy Wan Ismail, the Jelai assemblyperson. Has this been conveniently forgotten?

And right now, we have Pakatan Harapan leaders behaving in much the same way as those they fought so hard to depose. Ministers making visits before nomination day, making pledges to voters that they will likely not fulfil – and blame BN for their inability to do so – just to ensure victory?

Harapan has got to get out of this mentality of winning by any means necessary to keep BN out. It was understandable before May 9, to an extent. But it is not the same now.

And for what? For Cameron Highlands, where it has already been proven that vote-buying occurred, and where the opposing candidates are likely to be from MIC and MyPPP – two parties that are as quaint and obsolete like old VCDs?

But there’s the problem. The more Harapan behaves like BN, and the further away BN is from people’s memories – out of sight, out of mind – the less this hymn sheet of “keep us in power, because the alternative is worse” will apply.

The post-May 9 goodwill is already drying up. Wringing out the last few drops will ham-fisted actions will only make things worse for Harapan in the long run.

Worldly Wise: Section 11(2) of the Elections Offences Act 1954 is very clear. It states:

Why waste the time of the courts and the Attorney-General’s Chambers?

Wira: So now what? Will a court ruling stall the Cameron Highlands by-election?

And in the event of MIC vice-president Sivarraajh winning his judicial review, will it just be academic and only apply to his candidacy in subsequent elections?

Anonymous_1538808416: I don't understand why the Kuala Lumpur High Court granted leave for Sivarraajh’s judicial review, because eyewitnesses had come forth and claim that they were given money to vote for BN.

Better Malaysia!: Indeed, the Election Court already ruled that vote-buying occurred in Cameron Highlands at the 14th general election. And MIC did not appeal the decision.

Even if Sivarraajh could somehow run in this by-election, he is guaranteed to lose his deposit.

TCM: Keep up the good work, Bersih. Although the support and interest in Bersih seems to have waned after May 9, it is their and the rakyat’s sacrifice that made May 9 possible.

If the new government is tempted – they are humans, after all – to use the same shenanigans, then point it out.

Worldly Wise: The people must realise sooner or later that if elections are not free and fair, the entire country will be adversely affected.

Fookchin: There is no need for disputed MyPPP president M Kayveas to contest. He will be swept clean by Harapan’s M Manogaran and any BN candidate. He may even lose his deposit.

Has Najib forgotten why Camerons is heading to the polls again?

Shouldn’t he be preparing for court trials, and maybe getting used to the feel of cement floors?

Cheli Nadarajah: We, the locals in Cameron Highlands, have always known about the cheating in elections.

Under BN rule, our poor Orang Asli brothers were robbed off their land in the so-called relocation of Sungai Ruil. They were given small apartments to live in, but their land was allegedly sold to developers for a massive housing project, wherein each house fetched RM400,000.

We are tired of being made to look like fools, so this time we will go all out to make sure BN is totally wiped out. Goodbye, Najib.

The Red Baron: Lim, Najib would be a dead man walking if only you would not respond to his online gibberish. Your endless responses and rebuttals are giving him the publicity and importance that he is craving to remain relevant.

However, on many issues that are bothering the citizens who voted Harapan, you and DAP are deafeningly silent and don’t seem to be bothered.

Issues of rotten Umno frogs leaping in through the back door, a racist and religious agenda propagated by your partners in Harapan contrary to what was promised before the election, and the U-turns on most, if not all of the promises in the manifesto.

Don’t forget the infighting in PKR, where the supposed prime minister-in-waiting, Anwar Ibrahim – of whom we had such high hopes – is not only unable to control his members, but is often the cause of its problems and is now showing his true colours.

Add to that the near-total silence from non-Indian ministers and lawmakers on the Seafield temple riots, and in its aftermath, when Umno and PAS bigots were baying for blood and demanding the sacking of your fellow Indian representatives.

May I advise you, sir, to leave the looting thief alone, and pay attention to the problems facing the nation.

If not, I sincerely hope we the cheated citizens will teach Harapan a lesson in the Cameron Highlands by-election.