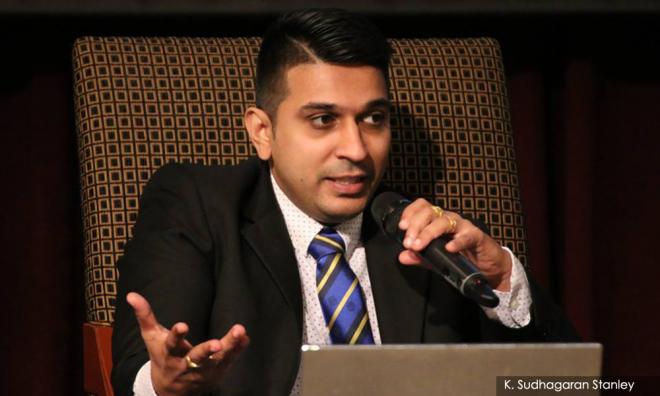 Staff expressing personal opinion on Agong should not be dismissed, says activist

Social activist K Sudhagaran Stanley said the sacking of employees by their companies for expressing their thoughts on the Agong's abrupt resignation is "disturbing".

The coordinator for the Centre to Combat Corruption and Cronyism (C4) based in Penang expressed sadness that some private companies are "taking matters into their own hands" by dismissing their staff.

"These affected employees have not been convicted for any criminal offence, yet they are being sacked," noted Stanley, who is also an active proponent of migrant rights issues.

"The actions of these employers could be illegal, depending on the employment contract agreement and should be challenged in the industrial and labour courts," Stanley suggested.

" Why are employers sacking their staff in regards to the said staff writing something of his or her own opinion not related to work on their own social media?".

Stanley's remarks comes in the wake of three arrests over social media posts which allegedly insulted Kelantan Sultan Muhammad V over his recent resignation as Agong.

These arrests were based on police reports lodged against the trio.

Several companies also reportedly acted on their staff, with a doctor quitting from his post while a US-based multinational company Cisco Systems Inc confirmed that a man targetted for insulting the Kelantan sultan was no longer with the firm.

Tenaga Nasional Bhd had also suspended an employee with immediate effect after an internal investigation found that she had insulted the royal institution on social media.

Stanley pointed out that the comments made on social media were "a private affair" of the staff.

He found it unacceptable for employers to interfere in the private opinion and affairs of their staff.

He added, these companies are setting a wrong example and all Malaysians in this country should condemn the effort by these employers and the goverment to curtail free speech.

" If I don't like you, that's a matter of fact, and I should be free to share my stand," Stanley said.

"You can't force me to like you. Similarly, if I think you are ugly, that's my opinion and I should also be free to share my thoughts," he further explained.

Stanley said it is a shame that in a modern country like Malaysia, in the year 2019, under the new Pakatan Harapan government, people are still being arrested for sharing their thoughts and criticism on the monarch.

He drew similar comparisons to the practise in Thailand and Saudi Arabia, where their king is revered akin to God.

However, this cannot be accepted in the modern and civilised world today, Stanley said.