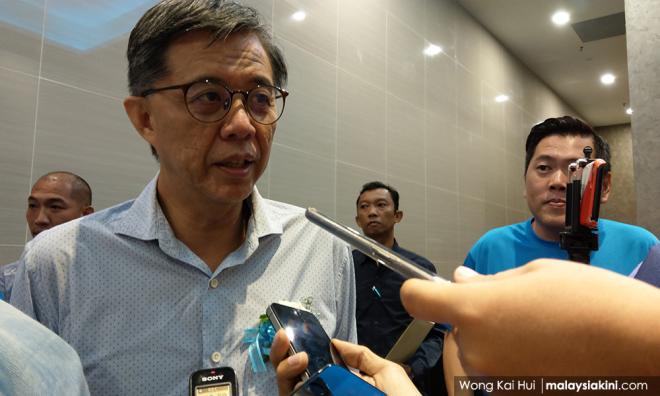 PKR vice-president Tian Chua apologised to the Orang Asli community for any "unintended careless statements" made by his party leaders.

MCA vice-president Ti Lian Ker said DAP veteran Lim Kit Siang should learn from Tian Chua instead of what they claim was an attempt to defend a PKR senator's statement that Orang Asli village chiefs may lose their post if they did not support Pakatan Harapan.

Umno leaders, in a meeting with the Orang Asli community, urged them to resist what they claim was Harapan's effort to "buy them over".

BN leaders highlighted images of a Pakatan Harapan volunteer distributing cash, claiming that it was a case of vote-buying.

Harapan Jelai operations chief Arvind Bharet clarified that the cash was petrol expense reimbursement for volunteers and would be declared to the Election Commission as election expenses.

DAP veteran Lim Kit Siang gave details on the incident, stating that they paid RM20 each for 60 motorcyclists and challenged BN to also reveal its election expenses on nomination day.

Inspector-general of police Mohamed Fuzi Harun confirmed his men had met with the authorities in China in a bid to track down fugitive tycoon Low Taek Jho, better known as Jho Low.

A man who took hostage a two-year-old girl was shot dead by police.

A nine-month-old boy who was allegedly abused by his babysitter passed away.

The Road Safety Department is studying a proposal to limit motorcyclists, especially those on small motorcycles, to the left lane to reduce fatality rates.

Malacca Bersatu wings hit out at their state chief Mohd Redzuan Md Yusof for his decision to remove a state assembly coordinator.

Prime Minister Dr Mahathir Mohamad will address civil servants in his monthly address to the Prime Minister's Department in Putrajaya.

The High Court in George Town will decide whether the Tasek Gelugor election petition will go to trial.