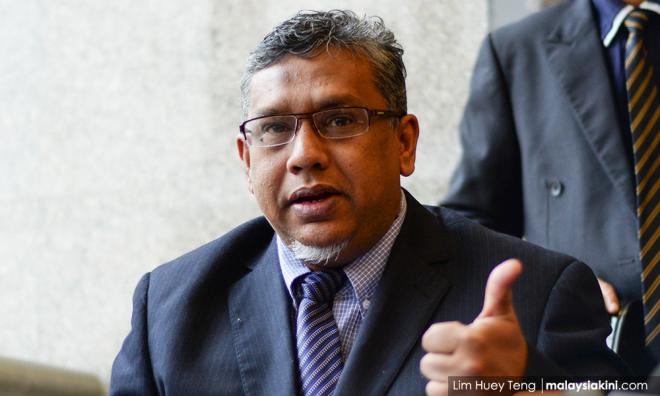 No escape from critics on use of Sedition Act - Hanipa

The government should not expect to escape criticism over ongoing probes under the Sedition Act, said de facto Deputy Law Minister Hanipa Maidin.

In a statement, Hanipa reminded the government that abolishing the Sedition Act is part of its election promise, and the public has a legitimate expectation to see an end to the archaic law.

"Don't expect any concerned citizen not to severely criticise our government if the investigating agency keeps on using the Sedition Act, which we have duly promised to abolish in our election manifesto," said Hanipa.

"While investigations under the Sedition Act may not necessarily end in any prosecution, the legitimate expectation of people on the street not to be unduly haunted by the act is, in my view, valid and legitimate," said the Sepang MP.

In his present role, Hanipa said almost everyday he would be bombarded by people who are unhappy with the ongoing use of the law.

"The rakyat are not really angry about people being investigated for alleged insults to the monarchy.

"They are just quite upset with the use of the Sedition Act," he argued.

At the same time, Hanipa conceded he must also be fair to the police as the fact remains that they have powers to initiate investigations under any law still in force, including the Sedition Act.

He had also previously condemned the arrests of three individuals under the Sedition Act for allegedly posting remarks insulting to the monarchy.