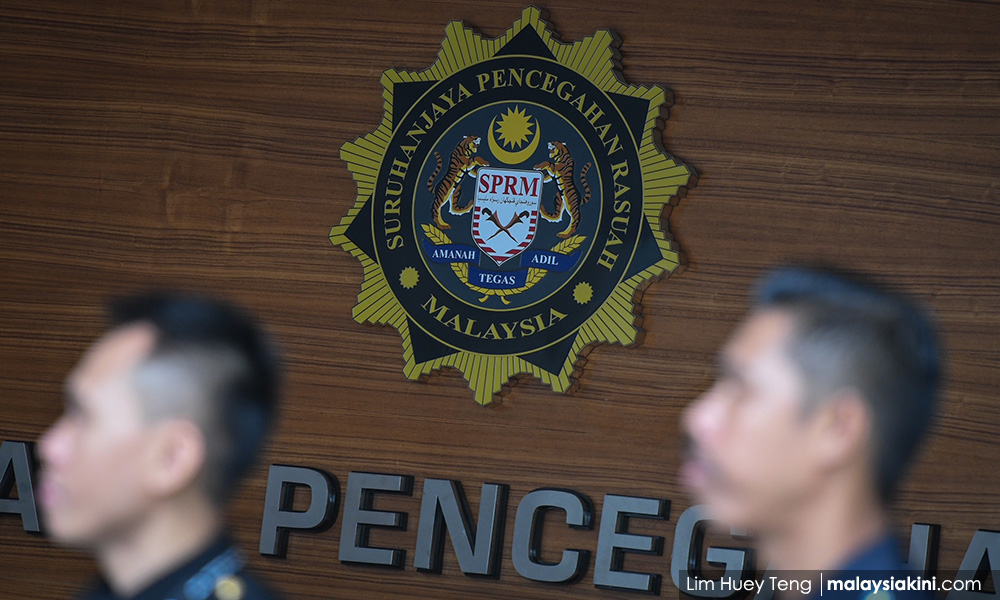 Four individuals, including three civil servants, were detained by the MACC in Perak after being suspected of involvement in corruption.

State MACC director Zainul Darus said the three civil servants were two men aged 31 and 48, and a 46-year-old woman. The other person arrested was a 59-year-old woman who was a supplier.

He said civil servants working in the Kerian District Council were believed to be using their positions to solicit a bribe from the Quotation Assessment Committee to supply five units of three-wheeled motorcycles for collection priced at RM16,500 per unit.

"In addition, there existed activities where falsified company letterheads were used to allow one company to offer the lowest price for supplies, while the quotations of other companies were falsified by the suspected individuals.

"Based on reviews from the other departments that had made purchases, the prices should have been half the price of what was quoted, which meant that if the price was RM16,500, the actual price was only RM8,000," he told reporters at the Perak MACC office in Ipoh today.

He said the offence was committed last year and the MACC did not rule out the possibility of a collaboration among them to make profits through one company, while the other was only a 'dummy'.

"They created a 'dummy' company because according to treasury instructions and procurement procedures, there should have been quotations from at least five companies," said Zainal.

He said all the individuals were investigated under Section 23 and 18 of the MACC Act 2009 and were remanded for four days from Nov 11 and were released on MACC bail.

Meanwhile, commenting on a conspiracy over Perak Menteri Besar Ahmad Faizal Azumu, Zainul said the investigation papers had been sent to the MACC headquarters earlier this month.

He said it was up to the headquarters whether to add on more information or to send the papers to the Attorney-General's Chambers for further action.

"The case is high-profile, so we need to refer the matter to the headquarters.”

Last December, Kota Tampan assemblyperson Saarani Mohamad claimed that there was a conspiracy to bring down the menteri besar during the session of the Perak budget debate 2019.