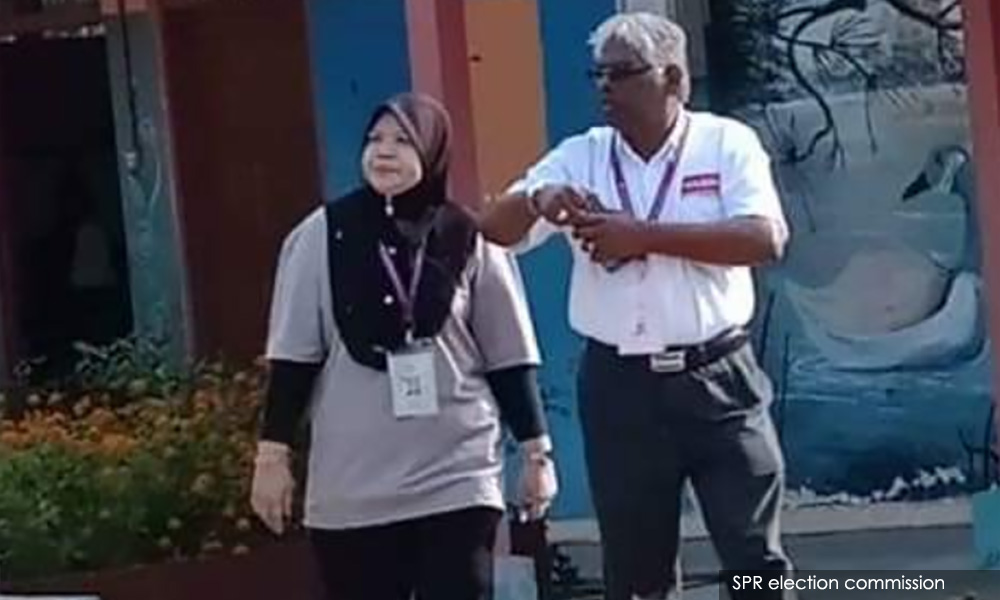 The Election Commission (EC) has lodged a police report against Pakatan Harapan candidate M Manogaran for wearing a shirt bearing the party's logo at a polling centre in Cameron Highlands during the by-election last Saturday.

The EC in a statement said the report was lodged under the Election Offences Act 1954 at Sungai Koyan police station earlier today.

This comes after electoral watchdog Bersih urged EC to lodge a police report against the DAP candidate as such an act was an election offence under Section 26(1)(g), which carries a jail term of up to one year and a fine of up to RM5,000, or both.

EC chairperson Azhar Harun said the commission would investigate Manogaran under Section 26(1)(g) "if the fact supports the allegation."

"I will seek legal advice from our Legal Department on all alleged election offences that we have knowledge of.

"Appropriate action may be taken in the form of a report to the proper investigative authority," Azhar said in a text message to Malaysiakini today.

"Allow us a bit of time to look into it," he added.

On Jan 26, Manogaran, who was clad in party attire, arrived at the polling station at Sekolah Kebangsaan Senderut in Kuala Lipis. He was asked by an EC officer to leave.

He then apologised, saying he was in a rush and was not aware of his attire.

Bersih criticised Manogaran's excuse, saying it was flimsy and urged the police and the Attorney-General's Chambers to act.

Meanwhile, the EC in its statement also said that police reports were lodged under the Election Offences Act 1954 over setting-up of tents by political parties to canvas for votes on polling day.