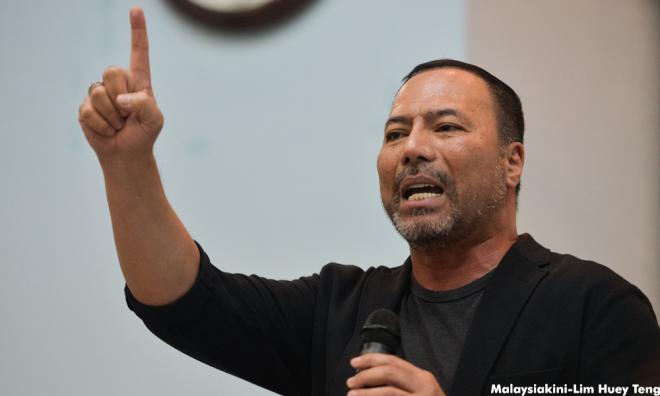 Khairuddin pointed to a poster on the claim, which attributed the source to him and questioned the timing. The poster also claimed that Mahathir had paid Rewcastle-Brown RM10 million to produce content on her site.

"The fake poster was made viral at a time when Hadi has chickened out and asked for an out-of-court settlement.

"Why is Hadi asking for an out-of-court settlement when PAS had all this while claimed that Rewcastle-Brown defamed them," he said in a statement today.

Khairuddin was referring to PAS' decision to go for an out-of-court settlement after initially filing a defamation suit against Rewcastle-Brown over an article claiming that PAS had received RM90 million from BN.

Rewcaslte-Brown had said she was not required to retract the article despite the settlement.

"Rewcastle-Brown is a principled activist who has never received money from anyone.

"Today is a win for Sarawak Report as it proves that what was written had strong basis," he said.

PAS had said it was going for settlement due to the high legal cost as it did not want to "burden" its members.