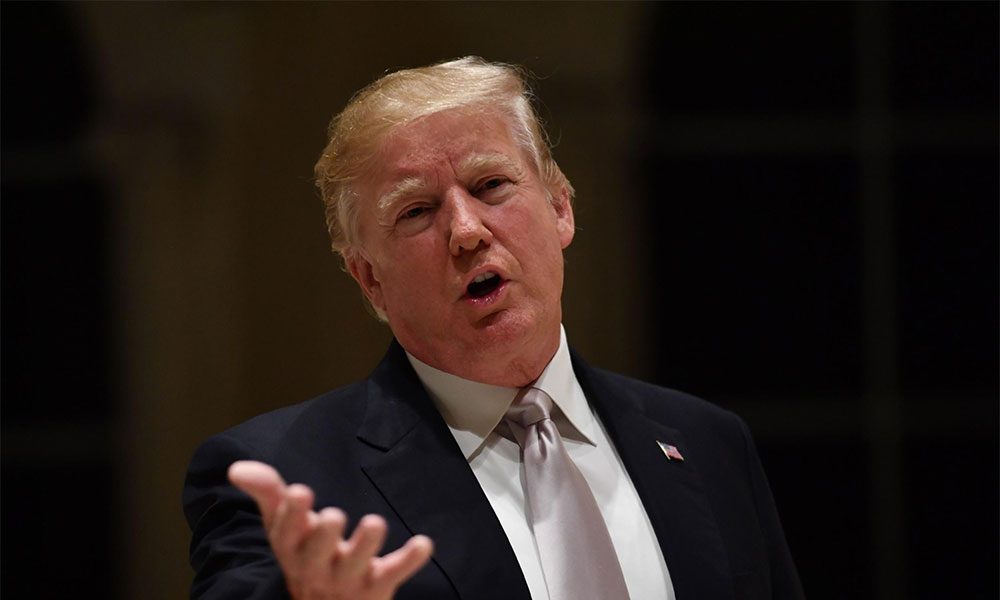 Trump may skip deadline for report on Saudi journalist's murder

The Trump administration signalled on Friday it was unlikely to meet a deadline to report to Congress on whether it intends to impose sanctions on those responsible for the murder of Saudi journalist Jamal Khashoggi, prompting an angry backlash on Capitol Hill.

Republican and Democratic lawmakers triggered a provision of the Global Magnitsky human rights act in October, giving the administration 120 days until Feb 8 to report on who was responsible for the death of Khashoggi and whether the United States would impose sanctions on that person or persons.

Khashoggi, a US resident who wrote for The Washington Post, was killed at a Saudi consulate in Turkey in early October, sparking global outrage. In Saudi Arabia, 11 suspects have been indicted in the murder, and officials have rejected accusations that Crown Prince Mohammed bin Salman ordered the killing.

Congressional aides said they had not received a report from the White House by early evening on Friday. Some said they still hoped to receive it by early next week, but the administration said President Donald Trump did not feel the need to send one.

“The President maintains his discretion to decline to act on congressional committee requests when appropriate,” a senior administration official said in an emailed statement. “The US Government will continue to consult with Congress and work to hold accountable those responsible for Jamal Khashoggi’s killing.”

Some lawmakers responded angrily and said they intended to punish whoever was responsible.

“The administration’s refusal to deal with this issue and keep Congress informed underscores the need to get to the bottom of what is motivating the Trump foreign policy,” Eliot Engel, the Democratic chairman of the House of Representatives Foreign Affairs Committee, said in a statement.

The New York Times reported on Thursday that the Saudi crown prince had said a year before Kashoggi’s death that he would use “a bullet” on Khashoggi (photo) if he did not return home and end his criticism of the government.

Saudi Minister of State for Foreign Affairs Adel al-Jubeir told reporters on Friday the prince did not order Khashoggi’s killing but declined comment on the Times story.

Al-Jubeir said he wanted Congress to let the Saudi legal process conclude before taking action on sanctions. “We are doing what we need to do in terms of acknowledging the mistake, investigating, charging and holding people accountable,” he said.

Al-Jubeir said he believed some congressional criticism was “driven by politics.”

‘The law is clear’

Juan Pachon, a spokesman for Senator Bob Menendez, the top Democrat on the Foreign Relations Committee, said Trump was breaking the law by failing to send the report.

“The law is clear,” Pachon said. “It requires a determination and report in response to the letter we sent with (former foreign relations chairperson Bob) Corker. The president has no discretion here. He’s either complying with the law or breaking it.”

Members of Congress, including many of Trump’s fellow Republicans as well as Democrats, have clamoured for a strong response to Khashoggi’s murder as well as the humanitarian crisis in Yemen, where a Saudi-led coalition is fighting Iran-backed Houthi rebels.

Ahead of the deadline, a group of Republican and Democratic senators on Thursday renewed their push to penalise Saudi Arabia, unveiled legislation to bar some arms sales and impose sanctions on those responsible for Khashoggi’s death.

Trump has resisted such legislative efforts, viewing weapons sales as an important source of US jobs and standing by the Saudi crown prince. He is also reluctant to disturb the strategic relationship with the kingdom, seen as an important regional counterbalance to Iran.

Senator Jim Risch, the Republican chairperson of the Senate Foreign Relations Committee, said he expected more legislation would be introduced.

Risch also said Secretary of State Mike Pompeo wrote to him on Friday, describing the Trump administration’s past sanctions on those involved in Khashoggi’s murder and adding that he expected “a more detailed briefing” later.

The United States imposed economic sanctions on 17 Saudi officials – not including the crown prince – in November for their role in Khashoggi’s killing.