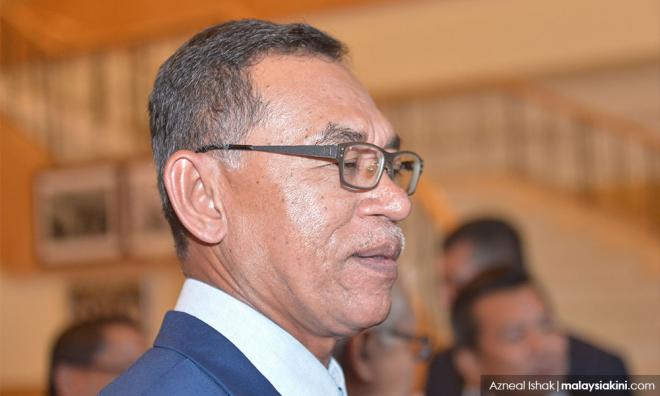 No summons yet from Umno for leaving party, says Hulu T'gganu MP

Hulu Terengganu MP Rosol Wahid, who is now a member of Bersatu, has not received a summons from Umno for leaving the party recently.

"So far, I have not received anything. As for the others, I don’t know, you will have to ask them,” he said after receiving the Bersatu membership card presented by its chairperson Dr Mahathir Mohamad yesterday.

Umno, it was reported, was asking for reimbursement involving costs, and urged those who left the party to also vacate their respective seats, if they had won them on an Umno and BN ticket in the 14th general election.

Larut MP Hamzah Zainudin said he had no knowledge of the summons.

Rosol and Hamzah were among the six former MPs who announced that they were joining Bersatu today.