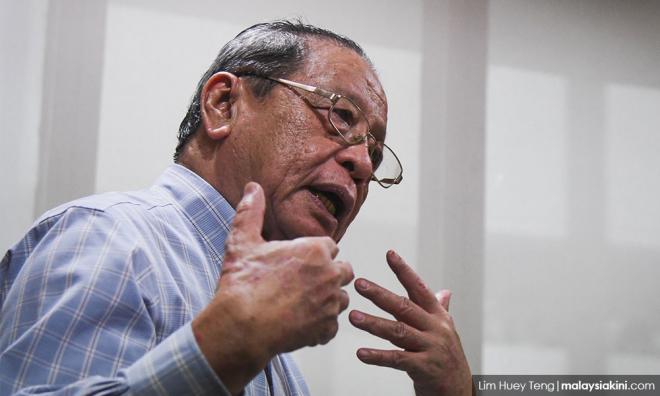 "As Prime Minister Dr Mahathir Mohamad has said that an RCI is one of the options open to the government in the face of the serious allegations of judicial misconduct, it is most timely that such an RCI should be set up to restore public confidence in the independence and integrity of the judiciary," he said in a statement today.

Lim was responding to an affidavit filed by Court of Appeal judge Hamid Sultan Abu Backer in support of lawyer Sangeet Kaur Deo's suit seeking a declaration that the previous chief justice had failed to uphold judicial integrity and stop judicial interference.

In particular, she alleged that there had been judicial interference in her late father Karpal Singh's sedition case.

This was supported by Hamid Sultan, who in his affidavit also claimed judicial interference in the unilateral conversion case of Indira Gandhi's children and PKR president Anwar Ibrahim's second sodomy case.

Lim said the "New Malaysia" the Pakatan Harapan builds must include the restoration of public confidence in the three branches of government including the judiciary.

Yesterday, Deputy Prime Minister Wan Azizah Wan Ismail had expressed support for an RCI on the judiciary's independence and integrity.

Mahathir had said the government will study the matter.