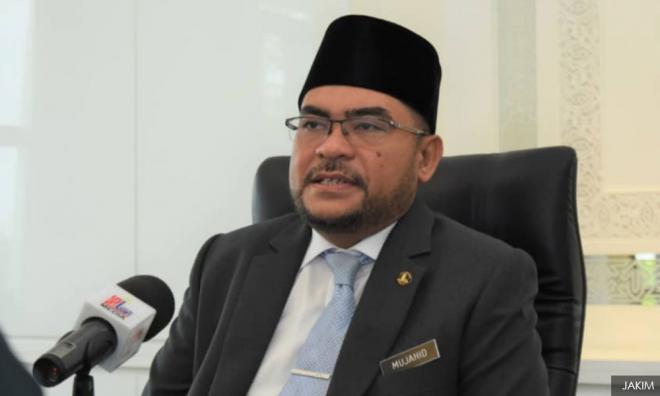 Mosques, surau in FT to be assigned ratings

All mosques and surau in the Federal Territory will be evaluated and given star ratings beginning this year, Minister in the Prime Minister's Department Mujahid Yusuf Rawa said today.

He said this was to promote quality of governance at these religious institutions, in tandem with the 'Masjid Rahmah' concept, to make them centres of excellence.

"It is important that Islam is seen as a model to the world not only to us.

"Perhaps we (the imam and mosque chairpersons) are ordinary people, but our work is extraordinary as we have to promote the image of Islam in Malaysia," he said after launching the Standard Rating Book for Mosques issued by the Federal Territory Islamic Religious Department (MAIWP) in Kuala Lumpur today.

Mujahid added that the evaluation of the mosques will be made later this year after all have been given a briefing.

"Our intention is not to look down on mosques with low ratings, but to encourage them to compete to do good, as they will be evaluated on cleanliness, friendliness, activities and upkeep of surrounding areas,” he said.

In the meantime, Mujahid advised the MAIWP to send mosque officials to the Professional Imam Executive Diploma programme at Universiti Tun Hussein Onn, the first university to offer a course for imam.

"I am confident that through this programme the imam will be able to conduct themselves more professionally and ethically in dealing with problems of religion, as well as in interacting with the community," he said.

Mujahid also reminded that mosques should be free from political influences, and to remain as a venue to unify the Muslim ummah and society.