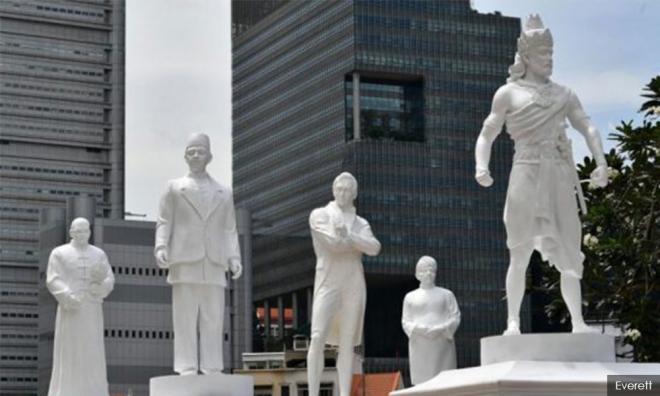 Singapore – frenemy of the State

COMMENT | Many of us Malaysians derive a sort of guilty pleasure in hating Singapore. We may be from Johor, Kedah, Sabah or the cosmopolitan enclave of KL, but we are quickly united in our vexation at the sometimes preposterous claims of our smug neighbours. Particularly when the subject of food crops up.

And that just about sums it up. We are not bitter enemies with a history of hostility dating back many centuries. We are actually half-siblings, occasionally close, but usually unable to look beyond the rivalry that exists between us. Basically, Singapore is a pesky, precocious kid brother who annoys us, but whom we don’t really want any serious harm to come to.

Just watch their news and you’ll notice that we weigh far more heavily in their consciousness than they do in ours. I swear you can barely go a half-hour before encountering a news item with the hidden subtext: See, we made the correct choice in breaking away from this chaotic nation above us.

A few headlines this week about Malaysia on the Straits Times page bear this out: ‘Singapore will not allow any foreign government to assert authority in its waters, says Vivian Balakrishnan’; ‘Haze, burning smell in Singapore expected if Johor fires continue; second hot spot detected; NEA’ and ‘Malaysia's flying car plan jets into controversy’. Believe me, there’s plenty more where that came from.

There’s little doubt the nanny state has been employing the strategy of using us as an example (and even a common enemy) for its people to unite again. And there have been some serious disputes. The agreement over raw water supply, high-speed rail and naval borders all come to mind. But if you want real emotion, there’s nothing like claims and counterclaims over something truly vital like hawker food.

Last August, when Singapore nominated its hawker culture to the Unesco Representative List of the Intangible Cultural Heritage of Humanity, we were outraged because we are pretty damn sure our food is tastier and far more varied. The scenario just repeated itself recently with some claims and counter-claims to yee sang. Now I don’t normally give a toss about yee sang (yes, I went there), but the temptation to wade in was just too strong.

But let’s be honest with ourselves: our Singaporean brethren have always been savvier when it comes to self-promotion. What should we do about it - remain infuriated as Chef Wan was, or learn to beat them at their own game?

If you go to a museum in Singapore, you are likely to see some wide claims to a cultural heritage that we will feel is more ours than theirs. Yet it could be equally be argued that a lot of our shared heritage - from language to fashion to the arts as well as food - has its roots in Indonesia, China and India. And you know what else? It turns out that quite well-run Singapore museums are staffed by Malaysian-born folk!

We really are a mirror image of each other. When I was younger and watched the Lee Kuan Yew ‘breakaway’ speech (with the benefit of added commentary from an indignant Malaysian patriot that the man was crying crocodile tears), I thought it was a great pity that we could not have made it work. Later on, an understanding of the dynamics of the formation of Malaysia made me see that there would have seemed no other choice at that time.

Just imagine, at the time of the nation’s formation, when Sabah, Sarawak and Singapore joined Malaya, there were actually more Chinese than Malays among its population of 9 million. This lasted during the 23 months - from Sept 16, 1963 to Aug 9, 1965 - when Singapore was part of the country. In the midst of increasing racial tensions, the decision to split with a Chinese-dominated Singapore and Malay-dominated Malaysia was probably a wise yet painful one.

In some ways, they are “just” a city and we are a country with much more complex demographics and landscapes. I am happy that we have a more vibrant political scene and greater press freedom and indisputably better food, but I do admire lots of aspects of their well-ordered society even if it is a tad sterile. Urban planning, cleanliness, low crime rates, public transport. Frankly, there are areas in which they are streets ahead of us.

I don’t like visiting but it’s really because the exchange rate is not just exorbitant but a humiliating blow to our national ego. Let’s not forget that many Malaysians are guilty of taking advantage of this. Going over there to earn and rushing back to invest in our property market, thereby driving prices up beyond the means of their countrymen who have chosen to carry on working and living in Malaysia.

I would argue that we have a brainwashed population on both sides of the Causeway. But while our affliction seems to be more haphazard and tied to identity politics of race and religion, theirs seems to be state-sanctioned and calculated. I have often found that if you engage different Singaporeans in debates on a broad manner of topics from foreign policy to the quality of the ruling PAP’s opposition, they will give you the same sort of answers!

A legendary Singaporean I interviewed was the late Joshua Jeyaretnam, back in 2003. In 1981, he had had the temerity to win a by-election and in so doing, he became the first non-PAP MP for 15 years. The man was brilliant, but paid a heavy price for standing up to his country’s authoritarian leader, and was ultimately bankrupted. His treatment summed up his nation’s commitment to justice and democracy.

Singapore has slick and intelligent ministers who articulate their collective position immaculately. Generally well-educated, they have real degrees, quite often from the most esteemed institutions of learning in the world. Yet in their acceptance of the status quo, one has to wonder if it is intellectual curiosity that is lacking, or if they have succumbed to cynicism.

There are Malaysians who are fanboys of the Lee Kuan Yew regime and have cited Singapore’s many non-Chinese presidents as proof of Singapore’s superiority in terms of balancing race relations. I explained that while impressed by the appointments of Yusof Ishak, Benjamin Sheares, Devan Nair and most recently Halimah Yacob, I will truly be blown away if the prime minister post is given to a non-Chinese. That position is clearly the one with the real power and current deputy prime minister, the LSE, Cambridge and Harvard-educated Tharman Shanmugaratnam is an ideal candidate to succeed Lee’s son.

It’s fascinating, isn’t it, to see the twists and turns of history, and what might have been. But while we can argue endlessly about why our street food is so much better than theirs, I think I would rather recall the great badminton player Wong Peng Soon. Born in Johor Bahru in 1918, he relocated to Singapore, but represented Malaya and led us to three consecutive Thomas Cups in 1949, 1952 and 1955 - years when there was no dividing line, no separate nations.

MARTIN VENGADESAN is a member of Team Malaysiakini.