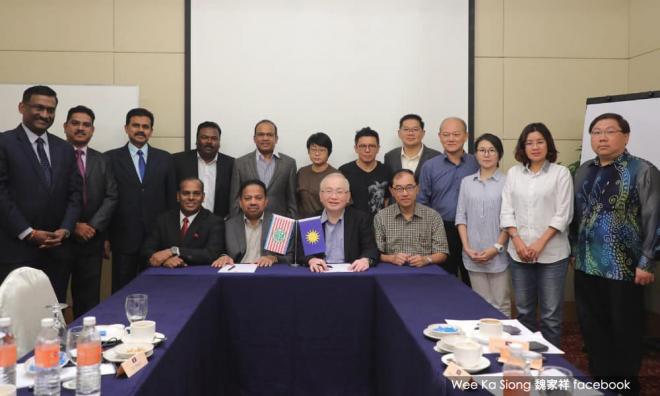 BN partners 'moving on', and 9 things that happened yesterday

1. MCA and MIC announced that they are "moving on" and exploring a new alliance, citing their partner Umno's silence on its leaders' racial remarks.

2. BN acting chairperson Mohamad Hasan said he will call for a meeting to discuss the MCA and MIC announcement, while a source tells Malaysiakini that "moving on" could mean expelling Umno from BN.

3. Malaysia has signed the instrument to accede to the Rome Statute of the International Criminal Court, the Foreign Minister Saifuddin Abdullah announced.

4. The Edge reports that the government is looking to commence negotiations with certain highway concessionaires on the expropriation value of their concessions.

5. The MACC confirmed that it has opened six investigation papers on the Penang undersea tunnel project, one of which is ongoing while two are being studied by the deputy public prosecutor.

6. Education Minister Maszlee Malik has promised to restore RM250 book vouchers for students by next year.

7. The wife and two underage children of late Cradle Fund CEO Nazrin Hassan have been charged with his murder.

9. The government has proposed an index to accurately measure the cost of living to help employers in determining the right salary increase.

10. The Malaysian Armed Forces said a photograph showing its personnel holding a banner that reads "Don't insult our Prophet" had been doctored.