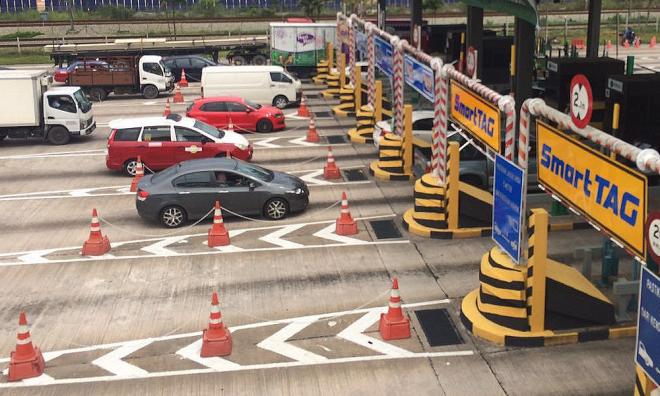 Khazanah Nasional Bhd will be leaving it to Plus Expressway Bhd to handle the discussions on the proposed acquisition of tolled expressways by the government.

“From our point of view, we understand (that) part of the reasons is that the priority right now is that some of those highways (being negotiated by the government) basically, are perceived to be ones causing the public difficulties in the sense that they provide no alternatives.

“Plus by comparison has plenty of alternatives for users. You don’t necessarily have to use Plus.

“We actually see people are making choices whether they want to use Plus and pay for the convenience or basically use the upgraded further roads,” he told reporters after presenting the Khazanah Annual Review 2019 in Kuala Lumpur today.

“From Khazanah’s point of view as shareholder of Plus, I think we will let Plus handle the discussions with the respective ministries and the government and we will advise Plus from time to time if there are any outcomes,” he added.

Khazanah and its subsidiary, UEM Group collectively hold 51 per cent of PLUS, while the Employees Provident Fund has a 49 per cent stake.

The government recently announced that it had entered into negotiations with Gamuda Bhd to take over the concessions of four highways in which the company is holding majority equity. They are Lebuhraya Damansara Puchong, Sistem Penyuraian Trafik KL Barat (Sprint), Lebuhraya Shah Alam and Smart Tunnel.

On Malaysia Airlines Bhd which has entered the final year of its RM6 billion turnaround plan, Shahril Ridza said Khazanah would ensure of its full delivery.

“Moving forward... for Malaysia Airlines and all other companies that are under Khazanah, the primary responsibility for working out a viable strategy and a competitive strategy, should rest on the management and board of the companies.

“So, we are waiting for Malaysia Airlines management and board to basically complete their review on their strategy and revert to us as a shareholder for our input and basically, for us then to discuss with the government for the level of support required,” he said.

Malaysia Airlines was privatised by Khazanah as part of a five-year turnaround programme which began in 2014.

Meanwhile, the sovereign wealth fund reported a pre-tax loss of RM6.3 billion in 2018 against a pre-tax profit of RM2.9 billion in the preceding year.

Khazanah’s impairment totalled at RM7.3 billion, with roughly half of it contributed by Malaysia Airlines. Total impairment in 2018 was more than triple the RM2.3 billion of impairment seen in 2017.

MAS accounts for half of Khazanah's total impairment

Khazanah: No offers for Legoland yet