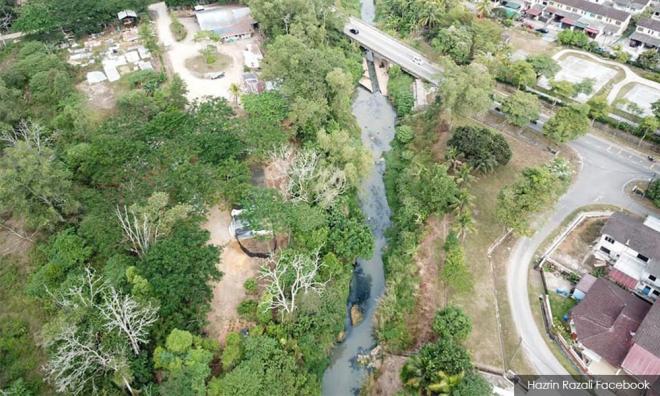 One of the three is the owner of a chemical processing plant and the other owns a used goods processing factory, both in their 50s. The third suspect is a worker in his 40s.

Johor Department of Environment (DoE) director Mohammad Ezzani Mat Salleh said the first suspect was arrested on Sunday evening, and the other two at 12.30pm yesterday.

“We then handed them to the police for investigation under Section 34B of the Environmental Quality Act 1974,” Ezzani said when met outside the used goods processing factory, located about 500m from the chemical waste dumping site.

Some also fainted after they inhaled methane fumes from chemicals dumped into Sungai Kim Kim.

Ezzani said the owner of the chemical-processing plant was arrested based on the analysis by the DoE of the chemicals found at the dumping site, while the other factory owner was caught with chemicals similar to that dumped into the river.

He said the registered plant in Kulai had previously been sealed for causing pollution. The local authorities are still in the process of determining the legality of the used goods processing factory.

“Both factories are now sealed. We will open investigation papers for prosecution in court, if possible, within this week.

“It depends on the police investigation and the deputy public prosecutor,” Ezzani said.

Meanwhile, a visit to the used goods processing factory found no workers around, but discarded items strewn all over the compound.