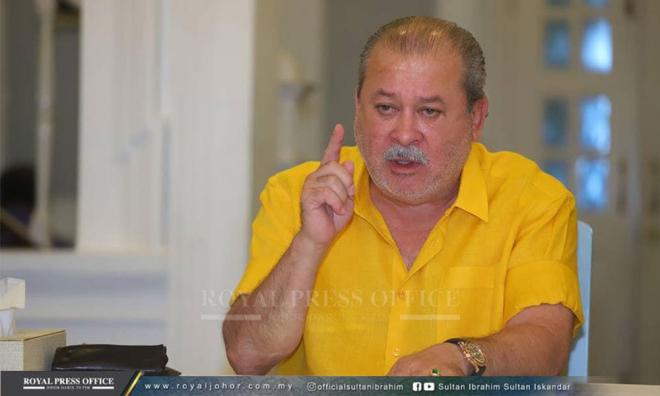 "Tuanku Sultan was discussing this with me, as Royal Adviser to the Malaysian Red Crescent Society, and he was deeply moved when he heard an audio recording of a crying man pleading for help for his child.

"With his personal contribution, Tuanku Sultan thinks it will help the authorities and rescue agencies such as the Fire and Rescue Department and the Royal Malaysia Police to equip their teams to help the people," she said in a statement issued by the Royal Press Office and uploaded onto the ruler’s official Facebook account today.

He wanted the authorities to conduct a thorough investigation into the incident and to take firm action against those involved.

As of yesterday, 506 people have sought treatment, including 166 being hospitalised, while nine were placed in the Intensive Care Unit (ICU) following exposure to toxic fumes from chemical waste dumped into Sungai Kim Kim in Pasir Gudang last Thursday.

All 111 schools in Pasir Gudang have been ordered to close with immediate effect from yesterday until further notice.

Education Ministry shuts down all 111 schools in Pasir Gudang