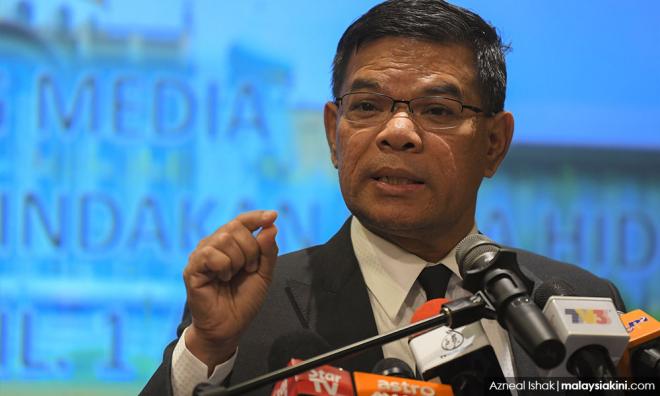 PKR leaving it to Parliament to decide on PAC chair's post

Party secretary-general Saifuddin Nasution Ismail said this was because the appointment was under the jurisdiction and responsibility of the Parliament.

“PKR’s stand is that, until or when Ronald was appointed, Pakatan Harapan  had fulfilled its promise.

“Up till now, no further discussion has been held about it at the party level because our focus is on the Rantau state by-election,” he told reporters after the Perak PKR leadership meeting in Ipoh today.

The decision, however, was criticised by some who claimed that it was not in line with the promises set out in Harapan's GE14 manifesto.

In another development, Saifuddin, who is also the Domestic Trade and Consumer Affairs Minister, said PKR was ready for the April 13 Rantau by-election and would announce its candidate tomorrow.

He said they were making the announcement earlier in order for the party machinery at all levels to be geared up systematically and efficiently.

Commenting on Harapan's chances in the by-election, the Kulim-Bandar Baharu MP explained that he was optimistic of victory despite Rantau being a BN stronghold.