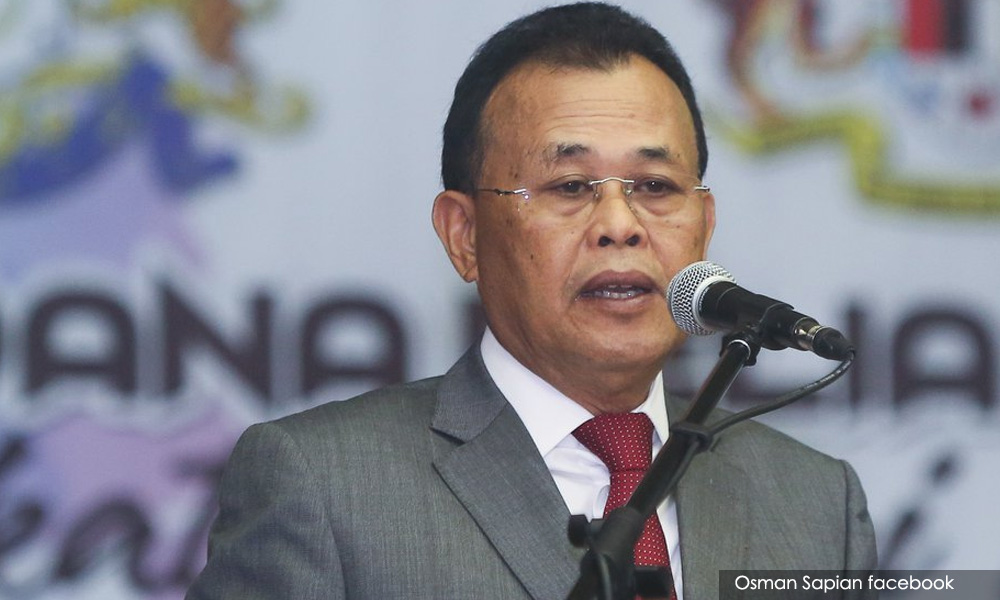 Johor Menteri Besar Osman Sapian today explained his trip to Batam, Indonesia amid criticism that he should have remained in the state during a toxic crisis which has affected at least 3,555 people, with 22 requiring hospital treatment.

"For information, the working trip by the Johor delegation was pre-planned and part of efforts to improve collaboration between Johor's tourism industry movers and investors in Johor and Indonesia, particularly on Batam island.

"The trip was initially planned for three days, but was shortened to less than a day due to the urgent need to maintain the cleaning up operation in Pasir Gudang," he said in a statement.

On March 6, an illegal factory was believed to have dumped between 20 to 40 tonnes of toxic waste into Sungai Kim Kim in Pasir Gudang.

This led to the release of toxic fumes, which first hit schools in the area, causing shortness of breath among students.

Osman said he had cancelled several meetings during the visit, but there were certain important appointments that could not be postponed.

"This was important preparations for the Visit Johor 2020 year," he said.

Osman said he thanked the Batam administrator Muhammad Rudi for his understanding of the cancellations of the meetings, and the Indonesians had conveyed their condolences.

"Throughout the 24 hours while I was in Batam, the disaster management committee was in contact with me every two hours to ensure all the smooth and orderly progress of the operations," he said.

"Therefore, I hope this explanation can address the misunderstanding and confusion among the people," he said.

He also thanked all agencies and staff that have worked continuously to contain the crisis.

Osman had faced criticism over the trip, including from former prime minister Najib Abdul Razak, who said the Johor menteri besar should have remained in the state to oversee the cleanup operation.