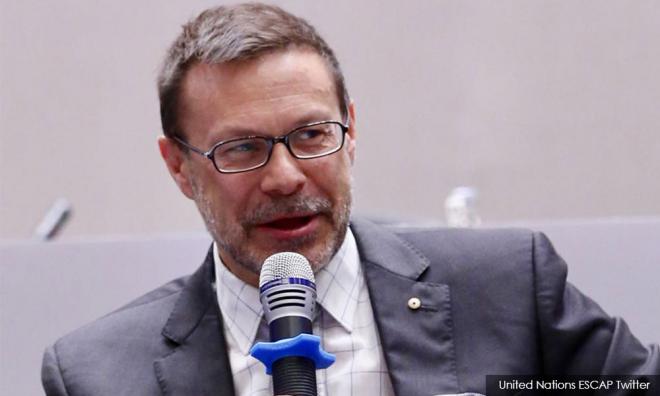 Musa Hassan's argument that the death penalty would have served as a deterrent against the New Zealand mosque shootings has been panned by Australian High Commissioner to Malaysia Andrew Goledzinowski.

"Musa Hassan thinks Christchurch attack would have been avoided if only New Zealand had death penalty!

"Death penalty = no terrorism. (Worse argument ever???)" he said in a Twitter posting.

Goledzinowski was present at the peace rally in Kuala Lumpur earlier today to show solidarity with the Christchurch attack victims.

Yesterday, MCA leaders invited ex-IGP Musa to share his views on the death penalty as part of its campaign against the government's plan to do away with the mandatory punishment for certain criminal offences.

Musa had then used the New Zealand attack as justification to maintain the death penalty.

The government had initially planned to abolish the death penalty in full, despite its manifesto only mentioning the mandatory death penalty.

"We cannot do it half-heartedly, like abolishing the death penalty for one offence and keeping it for another. We want to abolish all death penalties," Minister in the Prime Minister's Department Liew Vui Keong had said.

However, after strong opposition, the government backtracked and indicated that it would only abolish the mandatory death penalty.

The abolition of the mandatory death penalty would give discretion to judges to decide whether to mete out such a punishment.