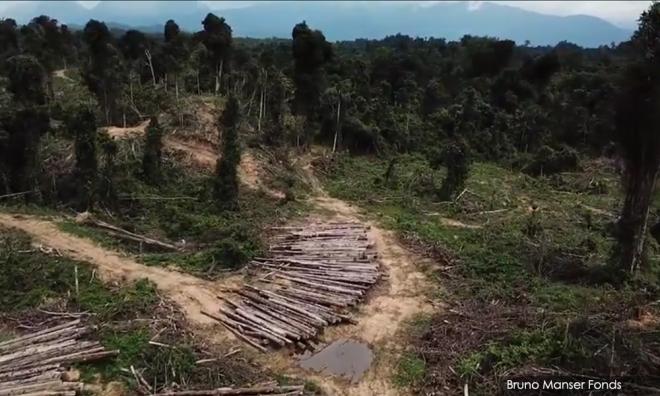 Yoursay: Up to M'sia to prove EU's deforestation claim 'baseless'

We may halt some EU imports over palm oil row, says Dr M

BuatApa?: Will the European Union imports that Prime Minister Dr Mahathir Mohamad is threatening to halt over the palm biodiesel ban include capital investments and capital goods?

Or is Mahathir all hot air again? Remember his hypocritical ‘Buy British last’ caper? That turned out to be nonsense, did it not? So will this one with the EU.

Sam04: Of course, we have cleared vast tracts of forests to plant oil palm. What do you think was there before – strawberries and barley?

Before the oil palm was planted, there were tropical rainforests, and it is still being cut down to plant more oil palm.

Start embracing an incremental change back to replanting tropical rainforest, which is just as valuable as oil palm.

And another thing: what happens if most of the world switches to a much cheaper and less environmentally damaging vegetable oil? What’s the Plan B for all our oil palm plantations?

Dai Jek Kong: Don’t just talk without substantiating facts and statistics – show the EU that Malaysia is not cutting down its forests to plant oil palm.

This is the EU’s allegation, is it not? So prove them wrong, don’t just issue denials. It’s their word against ours. It cuts both ways. If we stop buying EU products, they can stop buying ours.

But yet “it has been reported that a total of 4,400ha of rainforests are being cleared to make way for an oil palm plantation near the Gunung Mulu National Park,” with Putrajaya saying it is a state matter.

This self-defeating statement just goes to show how daft the government is.

The People of Selangor: Please stop that deforestation work near the Gunung Mulu National Park.

With the allegations coming from the EU, this can only hurt our palm oil industry even further. How can Sarawak allow this to happen?

LoveMalaysia2: So these politicians are experts in the field, are they? Can they explain the hundreds of orangutan in rescue centres? And the fact that there are only 200 Malayan tigers left?

Deputy Prime Minister Dr Wan Azizah Wan Ismail categorising the claim that oil palm is a driver of deforestation as “baseless” is just a whitewash of the palm oil producers’ actions.

Proarte: Yes, isn't the Malayan tiger population on the brink of extinction? This is clearly due to poaching and loss of habitat.

If Malaysians can pollute the environment with impunity and cause, for instance, a life-threatening health hazard at Sungai Kim Kim that affected thousands, when state parks are degazetted to allow for environmental destruction to cater for the banal lifestyle of the elite with their soulless luxury condominiums and golf courses, when the deforestation of the Unesco World Heritage Gunung Mulu National Park is being abetted by corrupt leaders, when the lands of the Orang Asli – the true bumiputera of Malaysia – are routinely stolen from them and deforested for lucrative commercial interests like Musang King durian plantations, how can what Wan Azizah says be taken at face value by any rational person?

There is systemic corruption in Malaysia, à la the Scorpene submarine deal, in which ordinary Malaysians were defrauded of billions of ringgit by the powers-that-be working in cahoots with the French authorities.

The orangutan, tigers, rivers and forests are protected only on paper, but unfortunately, as the above examples prove, it is regarded as little more than toilet paper by the government when it suits them.

During the destructive years of his first tenure, Mahathir railed against environmentalists. He oversaw the destruction of millions of acres of pristine rainforests over 100 million years old, which did not benefit the indigenous people whose lands were plundered and pillaged.

Mahathir protected cronies and chieftains like Sarawak governor Abdul Taib Mahmud when they destroyed Malaysia’s forests. How did the locals benefit? Aside from Taib and his family’s growing loot, that is.

No, Malaysia cannot be trusted to protect its forests, and the ban by the Europeans is rightly justified.

TCM: In terms of estimated forest reserves, Malaysia has 59 percent, Indonesia 46 percent, France 37 percent, Germany 32 percent, and the EU as a whole 35 percent. What is there to talk about?

Also, between 2000 and 2012, Malaysia had the world's highest rate of forest loss, amounting to 14.4 percent of the total cover it had for 2000. The loss translates to 47 million hectares, an area larger than Denmark.

In 2005, only 18.3 percent of forests were primary forests. Production plantation is only 7.5 percent.

P Dev Anand Pillai: Forget about the EU. They will come to their senses when the situation becomes dire for them.

Do what China is doing. They don't give a damn about Western nations, they are trading with the Third World, and look at them, they are doing well. But we here, as usual, we are still looking up to Westerners as saviours.

We need to learn from our Asian neighbours. We will never improve as long as we keep hiding behind our shadows and keep harping on policies that don't work. Just do it and the naysayers will eventually become followers.

Our palm oil is of high quality and is a very useful product. If its usage is less in Europe, then learn to use it as a biofuel here. Get researchers in our universities to study it immediately. Give incentives to industries that use it.

BuatApa?: P Dev Anand Pillai, you are not only notionally wrong, but also factually and hopelessly ignorant that China does not pay the West any attention, or that it can willy-nilly ignore the West.

Keep your ridiculous jingoism and ignorance mounted on the tallest Malaysian flagpole.

But you're right about one thing – Malaysian palm oil is top grade. Even competitors Indonesia will admit that.

The problem is that with most things agricultural, Malaysia hasn't learned or had the political and economic wherewithal to value-add palm oil extraction into other sources of energy.

Look at the ridiculous rust-bucket Proton: not only is it a drain on taxpayers, but it does nothing more than copy other manufacturers and import their technologies. Who loses in the end? We do.