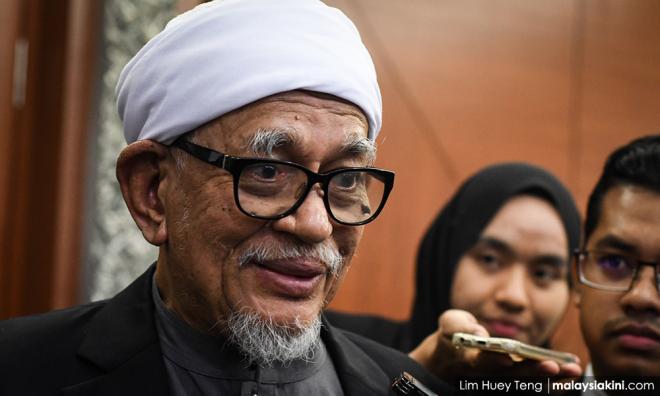 PAS president Abdul Hadi Awang has accused critics who likened the Islamist party to the Taliban of being backed by Communists.

In a single stanza puisi (poem) posted on his social media accounts last night, he wrote: "Kamu tuduh kami Taliban, di belakang kamu ada Komunis." (You accuse us of being the Taliban, behind you are the Communists).

This is believed to be in response to Perak DAP chief Nga Kor Ming's recent remark that Umno-PAS rule would result in Malaysia becoming a "Taliban state."

Following this, Umno and PAS leaders lashed out at Nga that three decades of PAS rule in Kelantan have shown that minorities were not discriminated against.

Nga has refused to apologise for his remarks.

However, Umno lawmaker Khairy Jamaluddin disagreed with the PAS president.

"Just as Nga was wrong in comparing Umno-PAS to the Taliban, alluding that DAP is communist is also erroneous.

"DAP may be many things, but it is intellectually dishonest to say they are Communist. We must stop cheap political labelling," he tweeted.