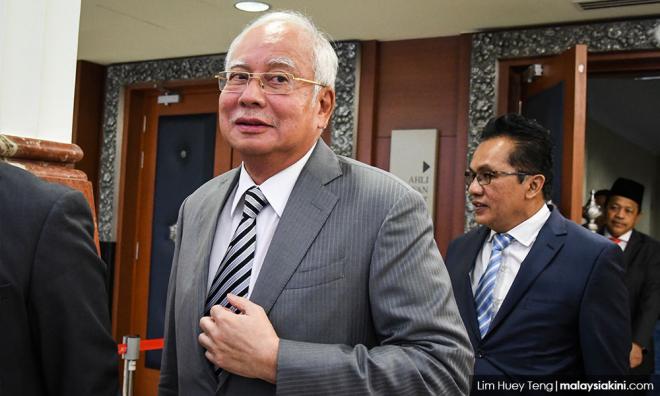 Meting out the advice via Facebook, Najib pointed out that India was the largest purchaser of Malaysian crude palm oil last year, and said hence, bilateral relations with the country should be preserved.

He was citing data from the Economics and Industry Development Division of the Malaysian Palm Oil Board, which indicated India imported over 2.5 million tonnes of palm oil from the period of January to December 2018.

The European Union, as a collective, imported 1.9 million tonnes of palm oil.

“Therefore, international relations between our country and India should be preserved by the Pakatan Harapan government.

“If Europe does not wish to purchase (palm oil), China refuses to buy and India has an excuse to restrict palm (oil), then the lives of our settlers will be more difficult,” Najib posted last night.

“We must be cautious.”

This comes amidst a possible ban on palm oil by the European Council, which accuses the palm oil industry of unsustainable practices, including deforestation.

Malaysia has repeatedly denied the accusation and said it was exploring new markets.

Although he did not give a reason for his caution, Najib’s posting came after it was reported that Mahathir was forced to take a longer flight path during his trip to Pakistan last Thursday, after his original flight route was rejected.

Even so, it is not clear which country was responsible for the rejection of his flight route, as both countries have been blaming each other.

India and Pakistan have a history of tension going back years, but have recently seen an increase in hostilities and imposed restrictions on each other following a suicide attack in Indian-administered Kashmir, resulting in 46 deaths.