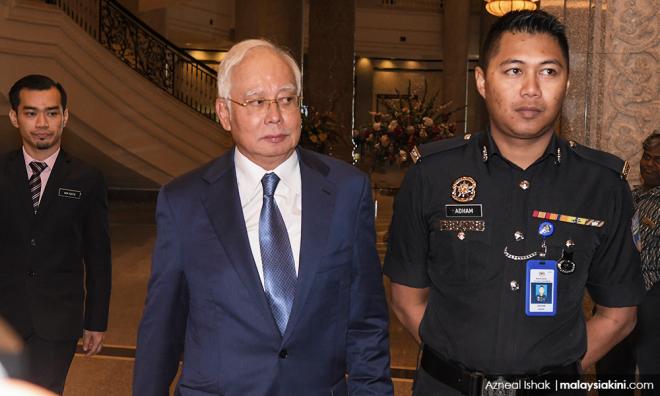 Najib once said ‘tax evasion an act of treason’

ADUN SPEAKS | On Nov 25, 2013, at the opening of National Economic Empowerment (PENA) Conference, Najib Abdul Razak publicly proclaimed that “tax evasion was tantamount to an act of treason that betrayed the country”.

He emphasised paying taxes was a testament to one’s patriotism necessary for the development of the country’s infrastructures.

In Malaysia, treason, as in waging war against Yang Di-Pertua Agong, carries a mandatory death sentence upon conviction.

The day after his speech, columnist Kee Thuan Chye asked Najib to make public his own income tax returns, a request with which he did not comply.

In 2016, after the world woke up to the mind-shattering news of RM2.6 billion in Najib’s personal account, I, as the MP for Kampar, asked a parliamentary question if Najib would disclose how much he and his wife paid for their income tax given their very ostentatious extravagant lifestyles known worldwide with rock-like diamond rings and exclusive designer handbags.

The reply given by Minister in the Prime Minister’s Department Azalina Othman was “Prime Minister Najib pays his income tax every year without fail to the Inland Revenue Board based on the rates and calculations made by the board.”

Yesterday, Najib was slapped with a “hefty” tax bill of RM1.5 billion by the Inland Revenue Board as reported by The Edge Markets.

The bill was for the period of 2011–2017 and was in addition to the amount Najib had paid based on his declared income for the seven years. IRB investigations found that Najib failed to declare a taxable income of about RM4 billion for the said period.

The amount included the infamous RM2.6 billion donation. This tax bill could go down in the Guinness Book of Records as the largest ever personal tax evasion the world has seen.

Najib responded immediately to say that foreign donations are not taxable. However, tax experts said Najib had committed an offence for not declaring the income, regardless whether it was a donation or stolen.

Even if the mysterious RM2.6 billion was a donation, Najib probably expects us to believe the rest of the RM4 billion was also a donation from another insanely rich insane overseas donor.

He might just do that as he arrogantly found it conveniently easy and ingenious to use the same sodomy charge to lock up Anwar Ibrahim.

Even if all the funds received were political contributions as claimed by Najib, why were they transferred into his personal accounts and not used as they were intended for?

Najib should challenge the IRB as he can easily find many tax experts and lawyers that will fight to take up his case for the mouth-watering monstrous paychecks. The prosecution should go for the maximum penalties to recover all the money stolen by him, with painful extra amounts of fine added on.

If the disgraced sixth prime minister of Malaysia is ever convicted of tax evasion, he will be remembered, in his own fateful words, as the “biggest traitor that had betrayed his own people, and committed ultimate treason to this beautiful country”.