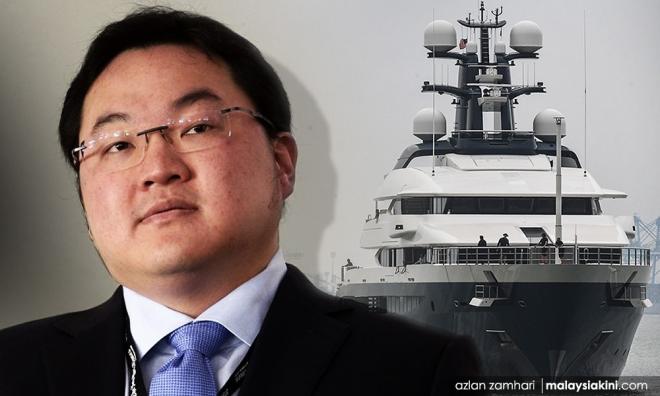 "(The sale) is the final chapter in yet another tale of the Dr Mahathir Mohamad regime's incompetence and disregard for the rule of law," Low said through a spokesperson today.

According to Low, the vessel would have maintained its value and avoided a fire sale if the government did not "illegally" seize it from Indonesia and dock it in a hazardous environment at Port Klang.

The yacht was subsequently docked in Langkawi.

"Proceeds from the sale have been further eroded by expenditure on the vessel’s upkeep – reportedly some US$3.5 million (RM14.3 million).

"The Mahathir government has shown that they are prepared to trash the value of the Equanimity in a misguided attack on their political opponents," he alleged.

This is reflected in Pakatan Harapan's poor performance in recent by-elections, he added.

"As we have stated from the beginning, this is a failed public relations stunt, which arrogantly ignored court rulings in Indonesia, as well as established legal proceedings in the US," Low said.

Earlier today, Attorney-General Tommy Thomas announced that the Equanimity has been sold to Genting Malaysia Bhd for US$126 million (RM514.2 million).

Thomas said Genting's offer was the highest since the vessel was put on sale five months ago, and described the sale as "very satisfactory" and historic.

The attorney-general also revealed that no commission is payable for the transaction, as the Genting offer was negotiated directly with the government, as opposed to through an agent.

This, he said, resulting in a savings of about US$4.4 million.

'Equanimity can still be used as evidence in 1MDB court cases'

Equanimity sale: More is better, but it's the best we could get - Guan Eng