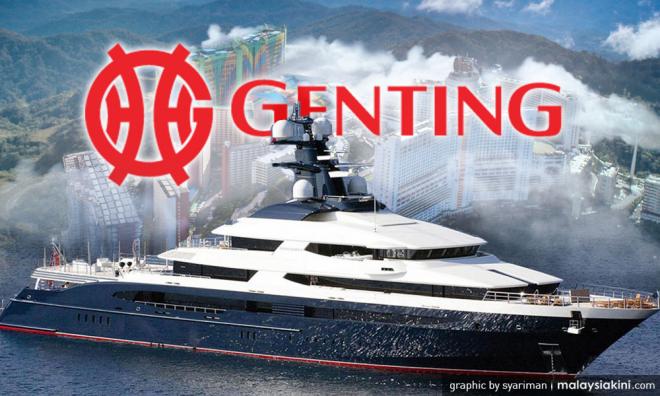 Putrajaya can now breathe a sigh of relief after it received a US$126 million (RM514 million) offer for the superyacht Equanimity, a figure only US$4 million shy of the minimum price it was seeking.

The Pakatan Harapan government had embarked last year on an attempt to recover and dispose of assets allegedly acquired using stolen 1MDB funds.

However, it risked embarrassment with the superyacht commissioned by businessperson Low Taek Jho, purportedly using money diverted from the state fund.

Having received Indonesia's help in seizing the vessel, Putrajaya found itself with a problem. It cost around RM2 million a month to maintain the superyacht, which had been docked at Port Klang, before being moved to off the coast of Langkawi for viewing by a niche group of buyers.

After arriving in Malaysia in August, the superyacht attracted interest from the super-rich across the globe, whom perhaps expected a firesale due to Putrajaya's urgent need to dispose of the vessel.

The Genting Group's US$126 million offer put those concerns to rest. The current value of the vessel is unclear, considering depreciation and repair cost, but Low was believed to have spent around US$250 million when he commissioned the building of Equanimity in 2014.

Genting's emergence at the tail-end of the 1MDB scandal is not the first time it has crossed paths with the state fund. The conglomerate was also involved with 1MDB in its early days, when the alleged misappropriation at the state-owned company was not yet apparent.

In March 2012, news began to emerge that 1MDB was buying Genting's power assets in Kuala Langat, Selangor, for RM2.34 billion, despite its concession nearing expiry...