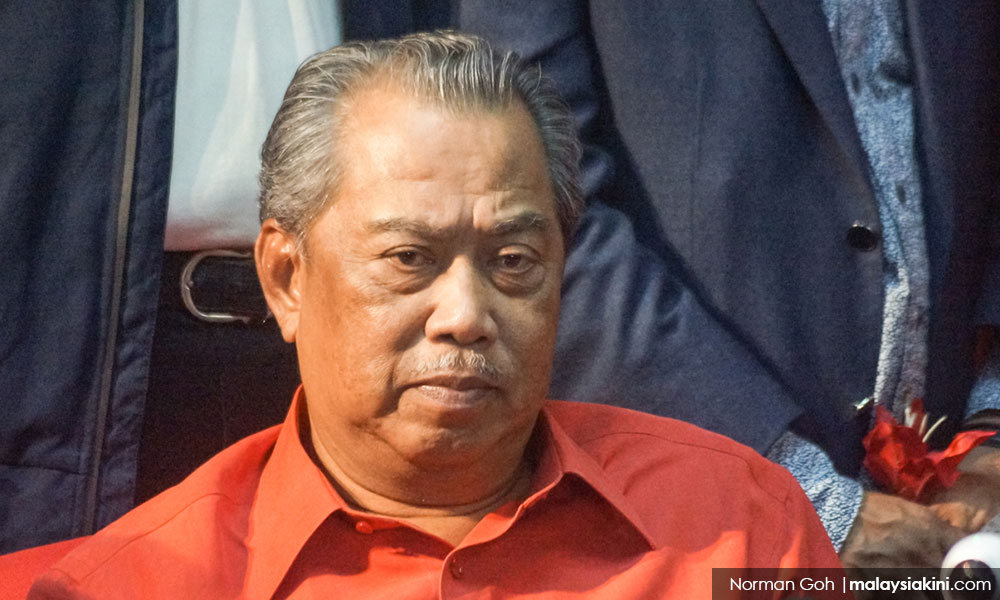 Next Johor MB to be named after sultan accepts Osman's resignation

The name of the next Johor menteri besar will be presented to state ruler Sultan Ibrahim Sultan Iskandar after he accepts Osman Sapian's resignation, says Muhyiddin Yassin.

In a statement this evening, the Bersatu president said Osman's resignation letter was submitted to the sultan on Monday.

"The name of the next menteri besar will be presented to the Johor sultan for his consent, once his Highness agrees to accept Osman's resignation.

"I hope the process of choosing the next menteri besar will proceed in an orderly manner to ensure the smooth running of the state administration.

"It is important to ensure the state's development is not disrupted during this transition," he said.

Muhyiddin's statement comes amid verbal sparring between Prime Minister Dr Mahathir Mohamad and the Johor royalty on the choice of the next menteri besar.

Yesterday, crown prince Tunku Ismail Sultan Ibrahim said it is the prerogative of the Johor ruler to choose a new menteri besar.

However, Mahathir shot down the suggestion earlier yesterday, pointing out that the selection will be made by the party that won the election in the state, and not the palace.

Sultan Ibrahim, who is currently overseas, subsequently issued a statement urging "certain quarters" not to meddle in the state's affairs, adding that he will make a decision on the matter soon.

In response, Mahathir issued a reminder that the country is not an absolute monarchy, but a constitutional monarchy.

In a separate statement, Johor PKR chief Hassan Abdul Karim urged the people in the state to remain calm amid the tussle, and cautioned opposition parties against making the situation worse.

"Currently, there is no political crisis regarding the resignation of Osman (above).

"His resignation has been submitted to the sultan, and the sultan is yet to reply whether he accepts or rejects the resignation.

"Technically, Osman is on leave. The sultan is expected to return home from abroad on April 12, and meanwhile, the Pakatan Harapan government in Johor is still strong," the statement read.

Citing the 39 seats held by Harapan in the 56-seat Johor Legislative Assembly, Hassan stressed that the opposition has no right to call for its dissolution nor name the next menteri besar.

Johor opposition leader Hasni Mohammad told Malaysiakini earlier yesterday that he will have an audience with Sultan Ibrahim to recommend Muhyiddin for the vacant seat, or for the ruler to dissolve the state assembly to pave the way for fresh polls.

In his statement, Hassan also noted that Osman's successor must come from among the assemblypersons elected in last year's general election.

Once the relevant political party submits the names of its menteri besar pick, the ruler can then make his choice.

"To prevent a constitutional crisis, the sultan must choose the menteri besar from the list given to him.

"If the candidate put forward by the winning party is rejected by the sultan, and the ruler chooses another candidate, then it can lead to a constitutional crisis.

Yesterday, Mahathir announced that Osman would resign from his post, just under 11 months of being sworn in, but declined to state the reason behind the move.

Osman has said that he will reveal the reason behind his resignation on Saturday, after an audience with Sultan Ibrahim.

Osman to reveal reason behind resignation on Saturday