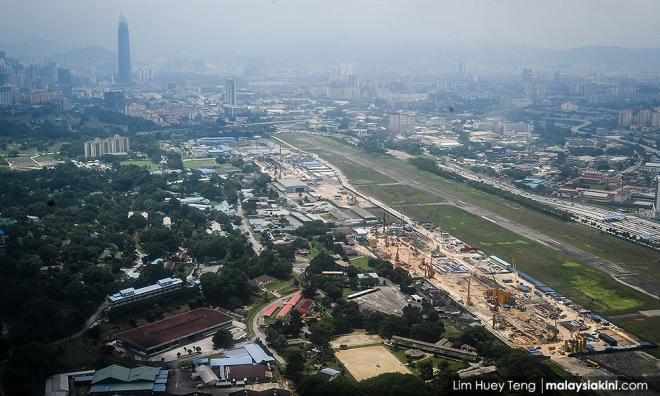 The ringgit is likely to trade higher next week, ranging from RM4.10 to RM4.15 against the US dollar, spurred by improved risk appetite for the local currency amid growing optimism over the recovery in global economic growth, dealers said.

The resumption of Bandar Malaysia project – coupled with the anticipation of favourable March inflation data, which removes pressure on Bank Negara to adjust interest rates – would lift sentiment for the ringgit, a dealer said.

“This will definitely boost appetite for the ringgit next week especially among foreign fund managers.

"Plus, given the currency’s recent depreciation, I think a buying spree might take place,” he told Bernama.

On Friday, Prime Minister Dr Mahathir Mohamad announced that the government would reinstate the Bandar Malaysia project, which was abruptly terminated in May 2017. The proposed development in Sungai Besi, Kuala Lumpur, is expected to have a gross development value of RM140 billion.

Read more: How ICSB got back Bandar M'sia after botched Najib-era deal

He said Bandar Malaysia would have a significant impact on Malaysia’s economy, and would serve as a global hub to further attract high impact global finance, technology and entrepreneurial firms.

“It will draw major international financial institutions, multinational corporations and Fortune 500 companies to locate their regional headquarters in Bandar Malaysia.

“In addition, tech giants such as Alibaba and Huawei have also manifested interest to establish their information and communications technology centres,” he told a news conference on Friday.

Meanwhile, FXTM market analyst Han Tan said the March inflation data, due on Wednesday, would show whether prices had rebounded from the 'deflation' recorded in the first two months of the year, whereby a meaningful return to inflationary territory could offset the ringgit’s weakness against the US dollar.

“Overall, we expect Malaysia’s price pressures to remain manageable throughout 2019, allowing domestic consumption to continue driving growth,” he said in a commentary.

For the week just ended, the ringgit traded mostly lower against the US dollar and hit a near three-month low of RM4.1330/1360 against the US dollar on Wednesday, following concerns over news that Malaysia might be dropped from the FTSE World Government Bond Index and the Norwegian sovereign wealth fund’s holdings.

The selloff in the foreign exchange market lasted for two days, but the market recovered on Friday as concerns eased.