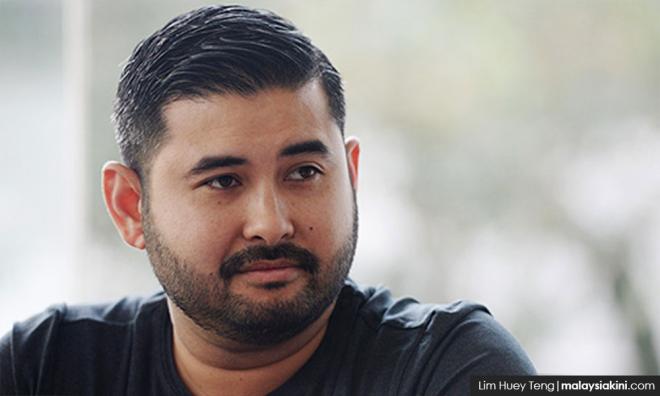 The prince posted a photograph of the two of them at Istana Bukit Pelangi in Johor Baru on Twitter this evening but did not reveal what was discussed.

In a Facebook posting earlier, the speaker also posted about a meeting with the prince.

“I had an audience with TMJ. The prince spoke at length of his hope to see Johor drive the nation's economy,” he said.

The meeting comes in the wake of Prime Minister Dr Mahathir Mohamad yesterday claiming that the state constitutions of Johor and Terengannu were “nullified” following the formation of the Federation of Malaya.

Following this, Suhaizan told Malaysiakini that the premier's statement could have repercussions on the two state governments.

"A serious discussion involving state and federal experts must be held," he said.

Several hours after Mahathir's blog posting, Tunku Ismail tweeted screenshots of two articles in the Federal Constitution pertaining to federal guarantees of state constitutions and the sovereignty of the rulers.

However, the two agreed the prime minister was correct in stating that the Federal Constitution is supreme.

Mahathir has been embroiled in a tussle with the Johor palace regarding the powers of the sultan with regard to deciding on who should be the menteri besar and asking for the executive council to be reshuffled.

He suggested that differences be set aside with regard to the disagreements and misunderstandings between the state and federal government.

Welcoming the move, Bersatu president Muhyiddin Yassin said in order to mend the ties, Sultan Ibrahim must refrain from “disturbing” the state's administration.