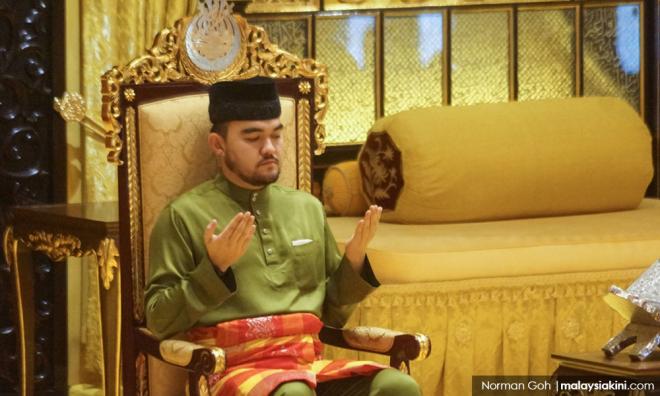 Selangor crown prince not involved in 'teh tarik' event

The Selangor Raja Muda's office has refuted claims that Tengku Amir Shah Sultan Sharafuddin will be involved in a 'Santai Teh Tarik' event with the public in Malacca.

According to a flyer for the event shared by Umno supreme council Lokman Noor Adam yesterday, the event was supposed to involve four princes.

The flyer had identified three of the four as Johor Crown Prince Tunku Ismail Sultan Ibrahim, Pahang Crown Prince Tengku Hassanal Ibrahim and Tengku Amir. The fourth was not identified.

In a statement issued by Tengku Amir's private secretary Saidatul Asyikin Muhammad Johar, the use of the crown prince's photograph without the consent of the palace was "regretted."

"We urge the rakyat not to be influenced by false information which can cause confusion, without verification from the palace," he said.

Yesterday, Lokman told reporters that the event, scheduled for April 29 at Mahkota Parade, would not happen due to "several phone calls" he received after making news of the event public.

"I'm stressed. I only wanted to have tea with four crown princes at Mahkota Parade on Monday, but they're getting all kinds of phone calls.

"Looks like the people's wish to have tea with their crown princes may not happen," he said in a WhatsApp group for reporters.

'Teh tarik' session is princes' initiative, not Lokman's - source