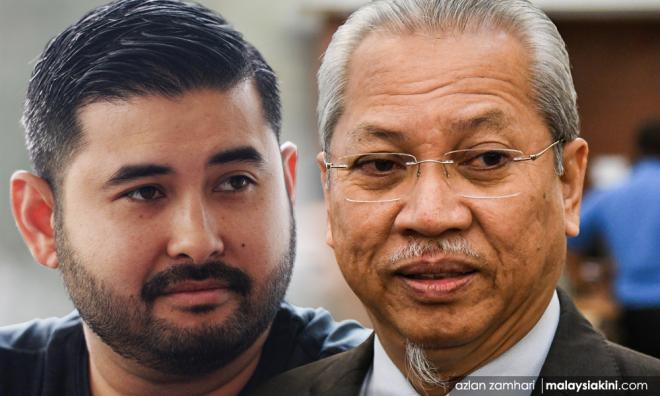 Following the salvos from Putrajaya and those aligned to Pakatan Harapan, Annuar Musa has come to the defence of the Johor palace.

Annuar cautioned the Bersatu Youth chief not to be overzealous in “apple polishing” his boss, Prime Minister Dr Mahathir Mohamad, who is also Bersatu chairperson.

“Thankfully, Tunku Ismail responded in a mature manner and did not entertain this childish attitude.

“Syed Saddiq is purportedly fighting for the people...

“How many days have you (Syed Saddiq) been championing the people compared to the Johor sultanate which has been doing it for centuries?” he added in a Facebook post.

The Ketereh MP also reminded Syed Saddiq (below) that Bersatu only won 13 parliament seats in the last general election, and that Pakatan Harapan had been defeated in the last three by-elections.

“What is there to be proud of?” he asked.

As always, the Umno leader also had DAP in his crosshairs, which he suggested was the true holder of power in Harapan.

“Your (Syed Saddiq) victory (in the last general election) is due to your willingness to pawn the pride and position of the Malays and Islam to DAP, which is using your party as a tool,” he added.

Annuar also censured the minister for dragging the Football Association of Malaysia (FAM) into politics.

He claimed that Tunku Ismail's contribution to Malaysian football was far greater than Syed Saddiq's.

Yesterday, Syed Saddiq responded to the crown prince's statement that the prime minister should be changed, by questioning the latter over his failure to make a similar call when former premier Najib Abdul Razak was saddled with accusations of widespread graft.

He also noted how Tunku Ismail resigned as FAM president in less than a year, and contrasted this with the responsibilities Mahathir is shouldering.

“If one finds it hard to take care of FAM and had to resign after less than a year, imagine the responsibilities of a prime minister who is sincere in reviving the nation," he said.