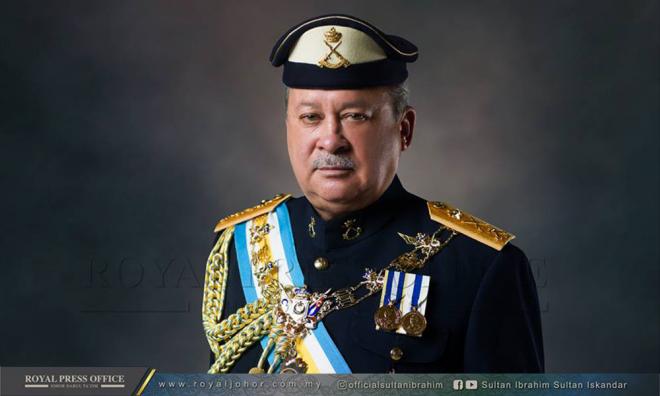 Johor ruler Sultan Ibrahim Sultan Iskandar today said he did not know that a parcel of land belonging to him in Bukit Chagar was involved in the proposed Johor Bahru-Singapore Rapid Transit System (RTS).

The monarch, through his private secretary Jaba Mohd Noah, said he was disappointed by claims that the RTS project cost had increased due to compensation for the land and was willing to give it up for free.

"It is hereby informed that the Johor sultan is disappointed by news linking the increase in the RTS project cost to a piece of land owned by His Majesty in Bukit Chagar.

"To date, His Majesty the Johor sultan was never informed that the land owned by His Majesty would be involved in the RTS project.

"However, His Majesty decreed that if the land owned by His Majesty in Bukit Chagar is really involved in the RTS project, then His Majesty consents that it be surrendered to the government without cost," he said.

Jaba said this is on condition that the RTS project must proceed immediately as His Majesty takes cognisance of the people's hardship in having to commute between the two countries.

"As have always been emphasised, the people and government's interests are always His Majesty's priority and every issue should be discussed in consensus," he said.

Yesterday, government sources said the project was stalled due to compensation issues to the Johor ruler.

Apart from the 4.5-hectare Bukit Chagar land, another 2.4-hectare undersea land to be used for the RTS project is also under the Johor Sultan's ownership.

Collectively, they would cost the government RM693.7 million in compensation to the Johor ruler, which amounts to about 13 percent of the overall project cost.

The land referred to by the Johor sultan is the 4.5-hectare Lot PTB 23354, which would have cost the government RM495.3 million.

Many lands given up by Johor sultan not highlighted, laments TMJ

PM: Gov't will buy back Bkt Chagar land only if sultan paid for it

Land transferred to Johor sultan two days after 'consenting' to RTS realignment
4 May 2019
PM: Gov't will buy back Bkt Chagar land only if sultan paid for it
3 May 2019
Sources claim federal land transferred to sultan, Johor RTS hits a snag
3 May 2019
M'sia, S'pore to draft supplementary agreement on RTS project
8 Apr 2019