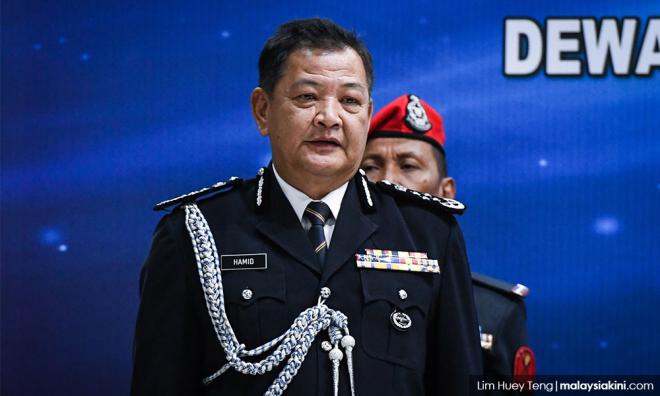 Armed forces and police veterans group Patriot has lauded Abdul Hamid Bador’s appointment as the new inspector-general of police, expressing confidence in his ability to fix the force’s “battered” image.

“Patriot congratulates Hamid on his promotion and trusts that he is the best police officer to change the image of the force that has been mired in controversies of corruption and abuses among some members of the force.

“He has integrity - a leadership quality that is very significant to raise the battered image of the police force and to raise the morale of the men and women in blue,” Patriot president Mohamed Arshad Raji said in a statement today.

Yesterday, Hamid took over the reins from Mohamad Fuzi Harun, whose parting move was to tell Putrajaya of the police’s vehement opposition to the Independent Police Complaints and Misconduct Commission (IPCMC).

Many have long called for such a body to address integrity issues within the police force following complaints, including about cases of custodial deaths.

Arshad also urged the new IGP to address the rising ethno-religious sentiments in the country.

“There are those who stir religious issue by belittling other religions, as well as playing up the royalty issue against the Pakatan Harapan government.

“The police have an important role to keep a check on these issues,” he said.

Back in 2015, he was Bukit Aman's Special Branch chief before he was transferred out from the police force to the Prime Minister’s Department by the Najib Abdul Razak administration.

This was amid a clampdown on 1MDB investigations at the time.

However, he did not clock in at his new job but instead went public to question if his removal had been linked to his insistence on probing the scandal surrounding the state investment firm.

Following Harapan's win in last year's general election, Hamid was reappointed as the director of the Special Branch.