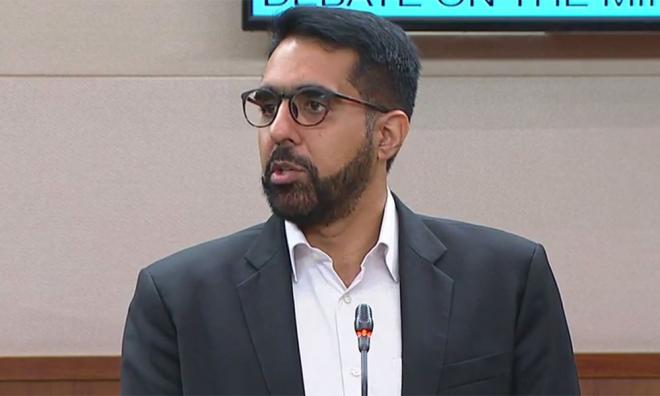 Singapore’s lone opposition party, which only holds six of 89 seats in parliament, will oppose a controversial fake news bill, its leader said on Tuesday, echoing public calls for its withdrawal but unable to make any difference.

Singapore is likely to pass the law on Wednesday despite coming under fire from tech firms, rights groups, academics and journalists who say that the new law may give the government too much power and hinder freedom of speech.

“The Workers’ Party opposes this bill,” opposition leader Pritam Singh (above) said in parliament. “We do not agree that the executive should be the initial decision maker on matters surrounding false statements of fact.”

Singapore is ranked 151 among 180 countries rated in the World Press Freedom Index of Reporters Without Borders, a non-government group that promotes freedom of information, below the likes of Russia and Myanmar.

The draft law seeks to combat fake news by requiring online media platforms to carry corrections, with penalties running as high as prison terms of up to 10 years or fines up to S$1 million (RM3.05 million).

Law Minister K Shanmugam (below) told parliament the legislation should not be feared.

“The working of a democratic society depends on the members of that society being informed and not misinformed.”

The wealthy city-state, which has been run by the same party since independence from Britain more than 50 years ago, says it is vulnerable to fake news because of its position as a global financial hub, its mixed ethnic and religious population and widespread internet access.