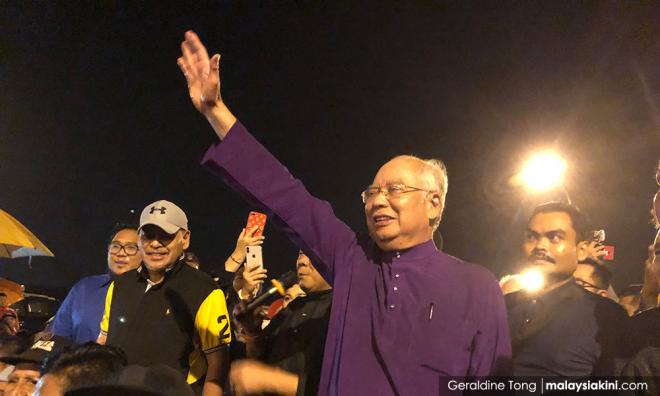 Najib counters Kit Siang, asks how many times son has been KO-ed

Najib said he was only in the constituency for a day to campaign for PBS, whereas Kit Siang had campaigned extensively in the last three by-elections that Pakatan Harapan lost.

"But no one from BN was arrogant to claim that all the Harapan losses were a knockout blow for Kit Siang," he said on Twitter today.

Najib added that by Lim's logic, the decline in the local stock market can also be considered a knockout blow to the latter's son, Finance Minister Lim Guan Eng.

"The stock market, which was declared the worst performing in the world, fell last week to its lowest in three and a half years.

"Does this also symbolise a knockout blow to the Minister of Najib Affairs' (Kit Siang) son?

"Has he (Guan Eng) been knocked out? How many times has he been hit?" he asked.

Najib said PBS and BN will learn from the Sandakan defeat to improve.

Tsen only managed to secure 4,491 votes.