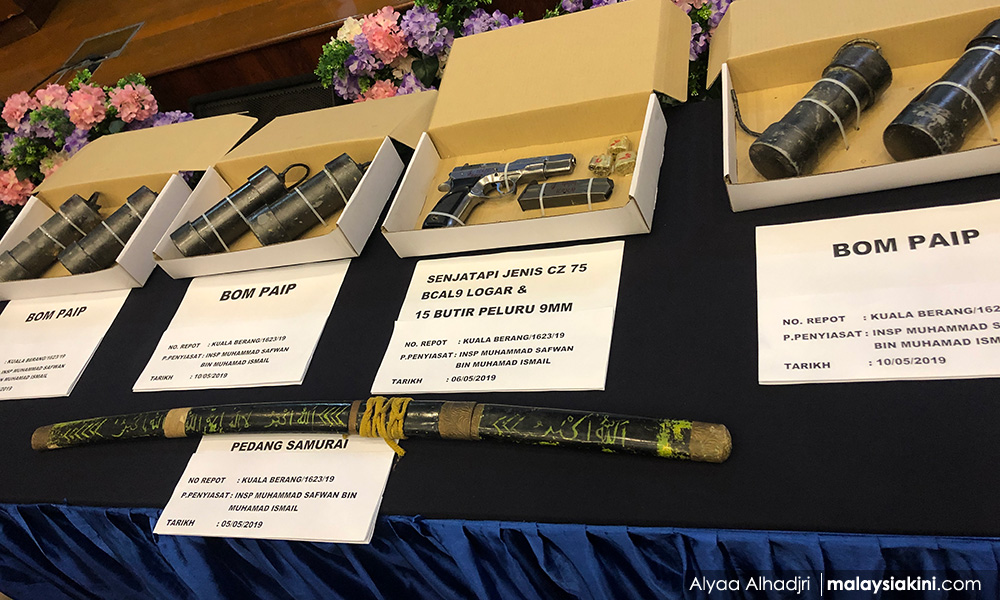 Cops thwart terror plot, and 9 other things that happened yesterday

1. Police thwarted an alleged terrorist plot to attack non-Muslim places of worship after arresting four suspects and confiscating firearms and explosives. They were said to be plotting ‘revenge’ for the death of firefighter Mohamad Adib Mohd Kassim.

2. In conduction with the 50th anniversary of the May 13, 1969 riots, Malaysiakini released a series of special reports about that fateful day. This includes a timeline of the event, eyewitness accounts and exploring the question on how to reconcile with this traumatic past.

3. Although the government has been under a new administration for a year now, the Congress of Unions of Employees in Public and Civil Services said it is still receiving complaints from civil servants about political appointees interfering in their work.

5. PAS president Abdul Hadi Awang denied giving his blessing to his son-in-law Zaharudin Muhammad’s move to expose five members of the Islamist party, who Zaharuddin claimed to be members of a ‘dedak cartel’ in the party.

6. PKR vice-president Mohd Rafizi Ramli has won his appeal in the defamation case brought against him by NFCorp. He said he plans to use most of the RM300,000 to be refunded to him to fund a scholarship for high-achieving students.

8. Home Minister Muhyiddin Yassin said a bill to set up the Independent Police Complaints and Misconduct Commission will be tabled in Parliament this year, with the aim of having the commission up and running by the end of the year.

9. Inspector-General of Police Abdul Hamid Bador warned Warisan that it is illegal to bar Special Branch personnel from attending the party’s press conferences.

10. The Islamic Economic Development Foundation reportedly lost RM12 million through a gold pawn scheme that supposedly went wrong due to incompetence, and then it tried to cover up the matter.

kini roundup
Related Reports
Maszlee to head TVET empowerment committee, says Kula
a year ago
Even auditor general does not question CMI, Guan Eng testifies
a year ago
Obsession with controlling what women wear needs to stop
a year ago
Harapan pressed to tackle youth unemployment in its second year
a year ago