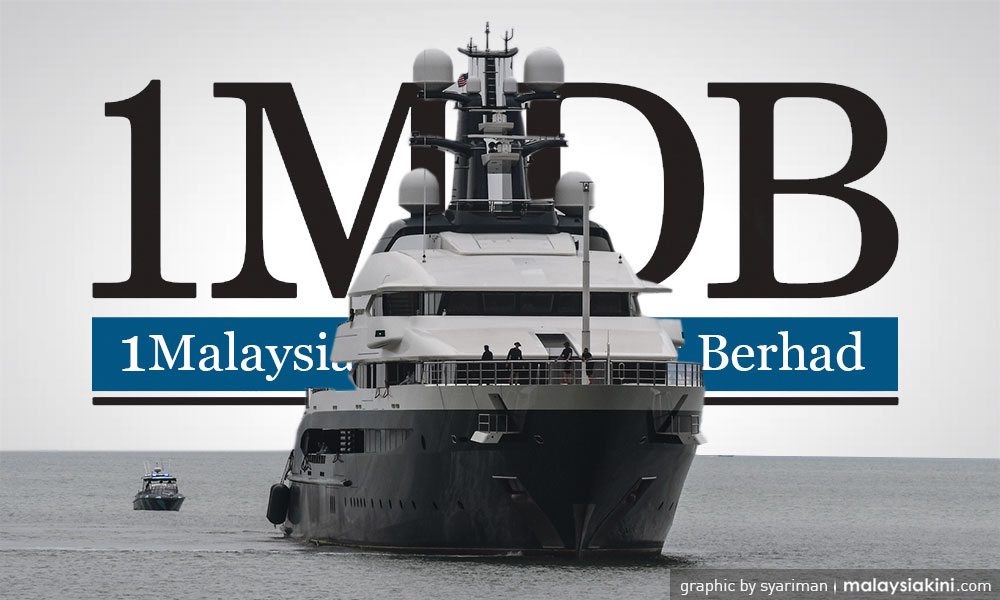 Yoursay: He who stole from rakyat has committed treason, not AG

YOURSAY | ‘And so have those who sought to cover up the treasonous acts.’

Quigonbond: This is another false premise argument that Malaysians should be taught to identify. The whole idea of ‘Rome Statute (of the International Criminal Court, ICC) bad for rulers’ argument is a BN-PAS lie.

Now they are just building on that lie, which natural logic is if it is true that Rome Statute is bad for rulers, then the government within which the attorney-general (AG) was appointed and operating will arguably be traitorous. Except that it’s a false premise to start with.

Umno-PAS should also appreciate that people can see through one or two rulers’ transgressions. This means Pakatan Harapan is in a politically stronger position. This lie will burn Umno-PAS and potentially further damage the royal institution.

If Malays are smart enough and loyal to good rulers, they should be pissed with Umno-PAS now. In the end, who are the traitors to the people and rulers?

It’s those who abused power for the last few decades and nearly got away with it. The public still remembers.

The more Umno-PAS plays up the 3Rs (race, religion and royalty), the less they are incentivised to undertake painful internal reforms.

Not only they put the country in some danger of racial flare-ups, they are also sabotaging themselves as an effective opposition.

Lionking: The traitors or those committing treason are from Umno, MIC and MCA; every single one of them.

Kepala Batas MP Reezal Merican Naina Merican, are you bankrupt of things to say? Stop blabbering like a moron. There is nothing positive or beneficial for the country in what you say. Instead, you are trying to create bad feeling amongst the races.

Of course, qualities like sincere, respect, love for Malaysia, honesty, integrity, hard work and diligence does not exist in Umno.

Slumdog: When one lacks intelligence and is incapable of expressing a rational argument against adopting the Rome Statute or any other government initiative, Umno dimwits like Reezal Merican throw in treason, acts against royalty, attacking Islam and breaches against the constitution.

I will be most impressed if someone from Umno can explain how the adoption of the Rome Statute will threaten the position of the Yang di-Pertuan Agong.

Anonymous_4031c: This one man (attorney-general Tommy Thomas) has done more for the country than all the previous AGs combined.

The people committing treason are the ones who have plundered the coffers of the country and stolen from the rakyat. Look at 1MDB, Felda, civil servants pension fund KWAP, etc.

Bravemalaysian: Indeed, the ones who stole money from the country's coffers has committed treason and so have those who sought to cover up these treasonous acts.

Not the AG, who is standing up for the right issues. Are the rest of the world idiots for signing the Rome Statute? It’s only people like you who are traitors and a real danger to the nation.

Hang Babeuf: "Reezal further claimed that there is a bigger agenda at play behind Putrajaya's perceived eagerness to ratify the Rome Statute."

Yes, true, there is a larger agenda in play here:

- the agenda of the Malay street rowdies, under Umno protection and in the name of the Malay rulers and of Islam,

- to destabilise, hobble, impugn the legitimacy of, and ultimately bring down the Harapan government.

That is some agenda. It is one that is badly hidden, but it is totally real.

That is the game that Reezal is playing, himself, and enabling and encouraging others to play. Disgusting.

David Dass: Some of the leading constitutional lawyers in the country are of the opinion that the lawyers who advised the Conference of Rulers were wrong. Their advice was flawed.

These experts were invited to attend the forum (organised by student activists in Universiti Malaya’s law faculty) but they declined to accept the invitation.

The government is entitled to explain their position on the issue and defend the decision they made to adhere to the Rome Statute.

It is possible that the government will revisit the issue at some later date. It cannot be treason if one follows the law. There was no intention to show disrespect to the rulers.

Roar For Truth: Reezal, where were you and what were you and Umno doing when your colleague, Shahidan Kassim, was insulting and demeaning the Raja of Perlis after the May 9, 2018 election?

Please don't talk about treason and loyalty when you yourself are ashamed of your own birth ethnicity.

Frankie: The AG has to uphold the federal constitution and be loyal to the Malaysia rakyat, and nobody else. Remember the rakyat is the boss, not the government or the royalty.

Open Mind: There is no need to be upset over what Reezal’s comments as it is just a political statement to gain sympathy from some people even though it is illogical and meaningless.

No response is needed as the rakyat know what is right and wrong, and good and bad, for the country.

Yoursay: Reezal mocking the law by accusing AG of treason