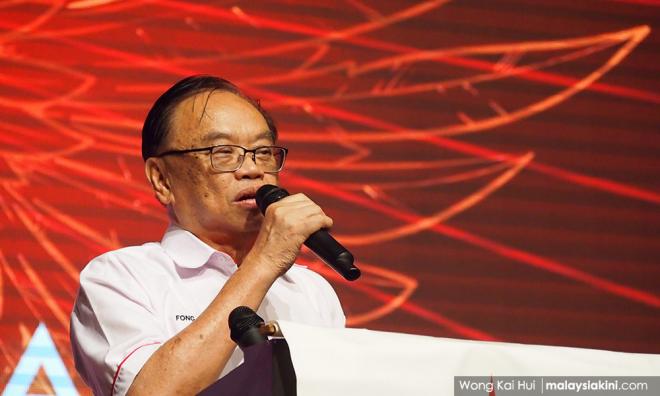 Bukit Bintang MP Fong Kui Lun has said he is baffled by Education Minister Maszlee Malik’s statement linking the matriculation intake quota to the Chinese-language requirement for some jobs.

He said abolishing the matriculation system and language requirements for job recruitment were separate issues and should not to be lumped together.

Language requirements for certain jobs, he said, were like any other skill requirement. Thus, they were not racially discriminatory, he said.

“(The language requirement is) not unlike requiring jobseekers to have computer literacy or financial expertise. I think this is quite a pragmatic thing to do.

“This is akin to earlier times before the Chinese language became widespread when many banks specified that prospective employees must know English.

“This was mainly because English was the lingua franca in commerce, and many of the banks’ clients also spoke primarily in English,” Fong said in a statement today.

Hence, he argued that a Chinese-language requirement was not racially discriminatory, unlike the race-based matriculation quotas, adding the matriculation system was an unfair policy to begin with.

In addition to being racially discriminatory, he said the matriculation system’s limited intake and racial quotas also deprived students of other races their right to education.

This is unhelpful in forging a united country besides undermining students’ talents, efforts, hopes and their future, he said.

Fong urged Maszlee to ensure that all Malaysians had equal and basic access to education and that members of all races were treated fairly.

Maszlee had said yesterday that providing equal opportunities to all races should not only be looked at from the perspective of education but also employment.

"Matriculation is just a road to university, just like a diploma, STPM and so on. But the matriculation programme gives a chance for the poor to advance their studies to the pre-university level.

"If we want to change, if we say in 'Malaysia Baru' there is no need for a quota system and so on, then we must also make sure job opportunities are not denied to the bumiputera just because they don't know Mandarin," he said to a round of applause.

"We should not look at such issues in isolation. We harp on (the quota system in) matriculation without considering that people are being denied jobs because they don't know Mandarin, for instance.

"If we can make do without all that, if we can give equal and business opportunities, then we can talk about being fair to all."

Maszlee was answering a question from a USM student who asked him about the possibility of loosening the quota system for the pre-university matriculation programme.

Last month, the cabinet had agreed to increase the matriculation intake from 25,000 to 40,000 students, while maintaining the allocation of 90 percent of its seats for bumiputera students.