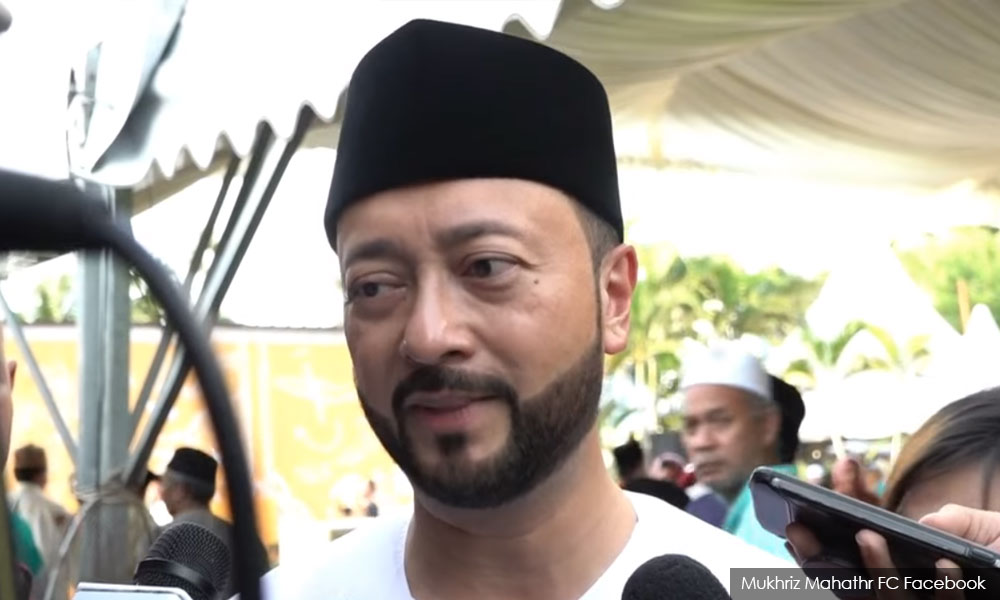 Mukhriz: No excuse, I should’ve stopped to greet Johor ruler

Although unintentional, Kedah Menteri Besar Mukhriz Mahathir acknowledged that his “carelessness” was no excuse for failing to stop and greet Johor ruler Sultan Ibrahim Sultan Iskandar during the recent wake of the late ruler of Pahang.

Speaking to reporters, Mukhriz explained that his oversight was the result of him rushing through the greetings as Kedah ruler Sultan Sallehuddin Sultan Badlishah, who Mukhriz had been accompanying, was about to begin the prayer recital ceremony.

“His Royal Highness the sultan was already in front and was about to begin the prayer recital ceremony, so I wanted to rush to reach there, but I saw the Agong (Sultan Abdullah Sultan Ahmad Shah).

“So I salam (greeted) to express my condolences and continued (making my way forward).

“[...] Yes, it was unintentional but I can’t use the excuse... I should have stopped to greet (Sultan Ibrahim),” he said in a video uploaded onto the Mukhriz Mahathir fanclub Facebook page yesterday.

Mukhriz was speaking to reporters at a breaking-of-fast event with his father, Prime Minister Dr Mahathir Mohamad yesterday.

This explanation followed his earlier apology, in which his aide revealed that the Bersatu deputy president has penned a letter to Sultan Ibrahim regarding his action, which was described as a mistake (kekhilafan).

Mukhriz came under fire after a video on the purported snub went viral. The incident took place when Mukhriz was paying his last respects to Sultan of Pahang Sultan Ahmad Shah Al-Musta'in Billah at Istana Abu Bakar on Thursday.

In the video, Mukhriz could be seen bypassing Sultan Ibrahim, Crown Prince Tunku Ismail Sultan Ibrahim and Permaisuri of Johor Raja Zarith Sofiah Idris Shah, who is the late sultan’s cousin, before greeting the Agong.

The Sultan Ahmad Shah was the Agong's father.

The video was shared by the Johor crown prince on Twitter.

Mukhriz's father and the Johor palace have locked horns on various issues of late, including the Rome Statute of the International Criminal Court, the appointment of the state menteri besar and the reshuffling of the executive council.