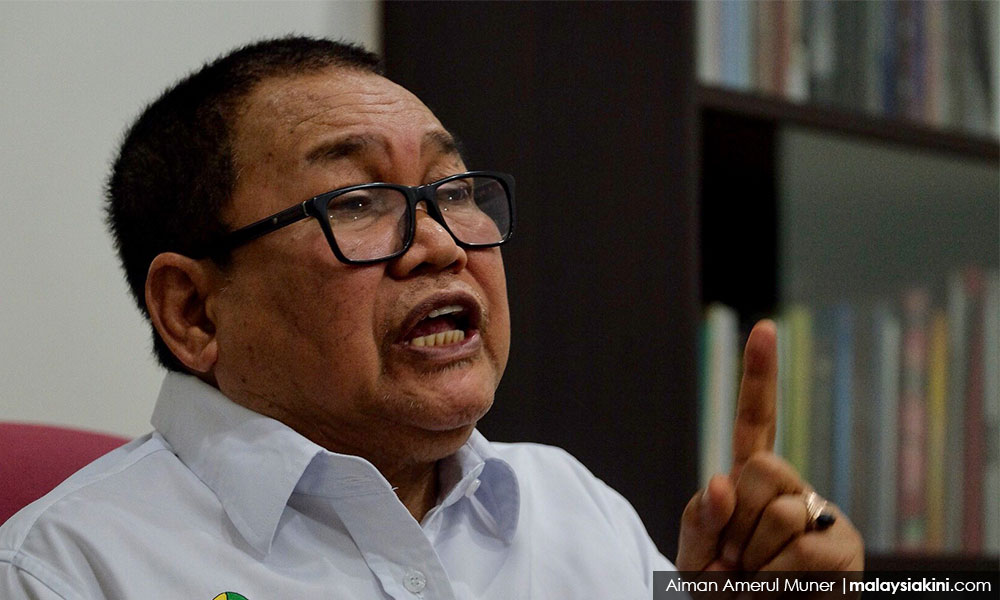 Controversial politician Ibrahim Ali (above) has hit back at Prime Minister Dr Mahathir Mohamad's sarcastic jibe that the establishment of Perkasa Bumiputera Perkasa Malaysia (Putra) will add to the split among the Malay community.

In fact, Ibrahim Ali said in a statement today that it would be good if more Malay-based parties were formed according to need.

He also said that what distinguishes Putra from other parties claiming to represent the Malays is that unlike Mahathir's Bersatu, Putra will never "conspire with the DAP."

Mahathir had told a press conference yesterday, that it was a good move by Putra, and it was better to have a 100 Malay parties, so the community could be divided in 100 ways.

"It is good if there are 100 Malay parties, if this is what the Malays want," Ibrahim retorted.

"(But) in terms of maintaining Malay unity, Bersatu falls third after PKR and Amanah. And if Putra comes in at number four, there are still 96 Malay parties to go."

Commenting further, Ibrahim said there are many aspects that differentiate Putra with other parties, especially in terms of leadership.

"We can see where the country's political landscape has changed from old Malaysia to New Malaysia," Ibrahim said.

The longtime Pasir Mas MP Ibrahim was close to Mahathir in the formative years of Perkasa, the Malay rights NGO, which was led by the former.