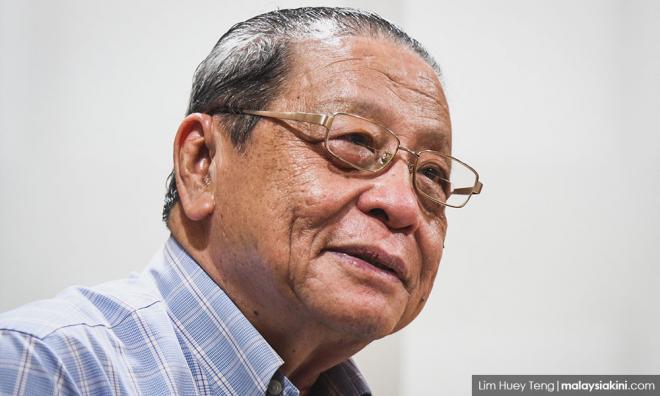 DAP veteran Lim Kit Siang has called for a review of the housing allowance of police personnel in Johor Bahru and other major cities.

After paying a visit to the Johor Bahru Utara police headquarters in Skudai, where he was briefed by state police chief Mohd Taib Ahmad and other high-ranking officers from the district, Lim stressed that an allowance increase is necessary to offset rising living costs.

"In Johor Bahru, the market rate of housing is about three times higher than the police housing allowance," he said in a statement today.

"There is not only a serious lack of adequate police housing in the Johor Bahru area, but existing police quarters are also in very dilapidated condition and in urgent need of repair running into tens of millions of ringgit.

"I was shocked to learn of the terrible condition of police housing in the area."

Lim added that he was reminded of a recommendation for a special housing allowance made in 2005 by a royal commission on the police, led by former chief justice Mohamad Dzaiddin Abdullah and former inspector-general of police Hanif Omar.

According to Lim, among the recommendations were a provision for a "special allowance for police personnel in major cities, such as the Klang Valley, Johor Bahru, and Georgetown, to offset the higher cost of living faced by them."

Given the current circumstances faced by the police, he urged for the housing allowance to be increased, as well as for the urgent repair of existing police quarters and the construction of new units.

"A safe community, free from crime and the fear of crime, must be one of the basic rights of all Malaysians.

Aside from the housing allowance, the 2005 Royal Commission to Enhance the Operations and Management of the Royal Malaysia Police made 10 other recommendations, including the contentious formation of the Independent Police Complaints and Misconduct Commission (IPCMC).