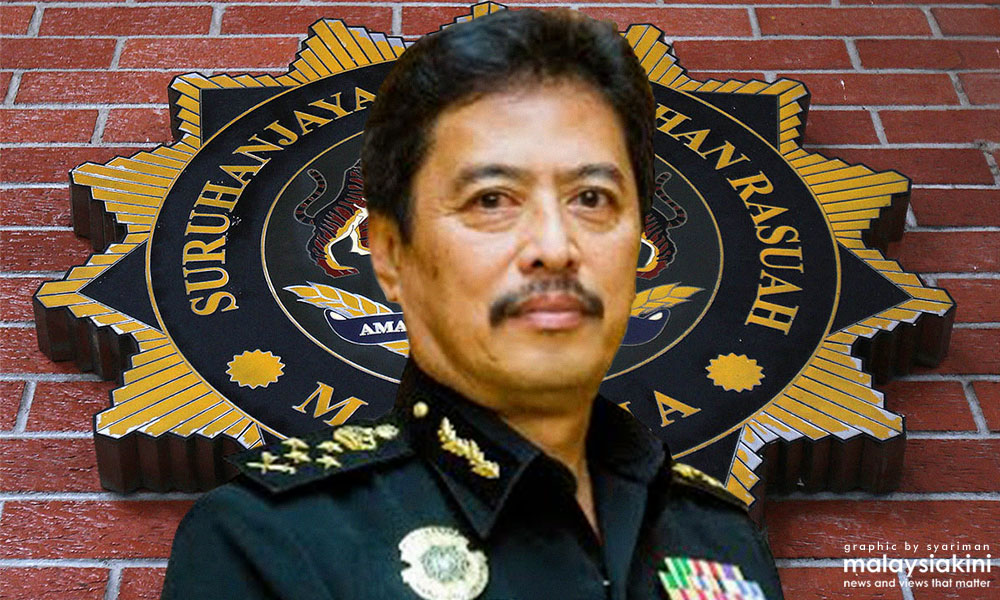 MACC deputy says 10 out of 13 chiefs were 'outsiders'

"We will provide all the support for her to discharge her duties effectively and efficiently," Azam was reported as saying by Free Malaysia Today yesterday.

Azam also pointed out that it is not unusual for an "outsider" to be leading the MACC as since the inception of the Anti-Corruption Agency (ACA) in 1967, and its successor the MACC in 2009, 10 of the 13 chiefs, including Latheefa, were appointed from outside the agency.

The three chief commissioners who were appointed from within the MACC ranks were Ahmad Said, Abu Kassim Mohamed and Mohd Shukri Abdull.

Shukri requested for his contract to expire ahead of its deadline on May 17, 2020, saying that he had accomplished his mission.

Latheefa will serve as MACC chief on a two-year contract.

However, politicians from both sides of the partisan, as well as activists, have questioned her appointment as she was formerly a PKR member who had once held various leadership positions within the party.

Though she later announced that she had quit PKR when she found out that she was to be appointed the new MACC chief, many critics are dissatisfied with this.

The parliamentary Special Select Committee on Public Appointments also revealed that it was unaware of her appointment as the MACC chief.

Pakatan Harapan's election manifesto had pledged that key national appointments to agencies, including the MACC, must be approved by a suitable parliamentary committee.

Parliament can review MACC chief appointment, but can't 'affect it'