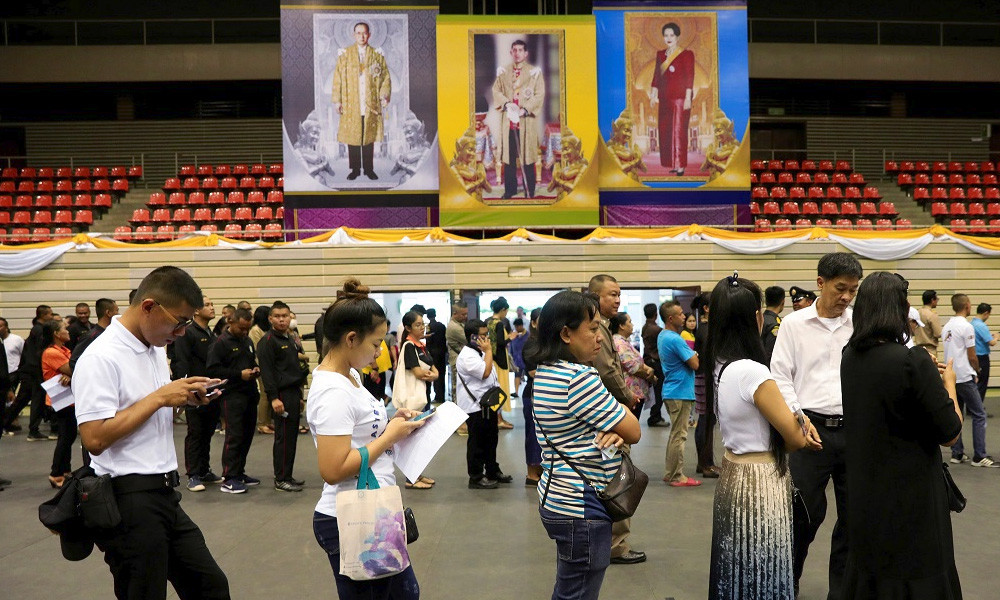 Lengthy debate, but no signs of voting for new Thai PM

After more than eight hours of a joint parliament session today, there were still no signs of Thailand voting in its new prime minister.

Today’s joint parliament session was much anticipated by Thais as it was scheduled to elect the prime minister to form the next Thai government after the March 24 general election.

However, the session, which started at 11 am (local time), saw a lengthy debate between the pro-junta Palang Pracharat (PPRP) and democratic front, led by Pheu Thai and its six allies, on various issues, including prime ministerial candidate qualifications.

The vote for prime minister is a contest between PPRP’s General Prayuth Chan-o-cha and democratic front’s Thanathorn Juangroongruangkit.

As of 7 pm (local time), it remained unclear when the vote for the new prime minister will be called. The debate was still going on.

A prime minister will need at least 376 votes from the two houses.

Among those absent from the session today was the Future Forward party leader Thanathorn, who could not attend as he has been suspended pending the Constitutional Court’s ruling on an allegation that he held shares of a media company during the general election.

At the lobby, Thanathorn, who is facing at least two criminal charges of sedition and cybercrime, told the media that he is ready to be Thailand’s next prime minister.

“I will be the prime minister of change,” he said.

Thailand
Election
Related Reports
Bombs rock army base at Thailand-Malaysia border
a year ago
Policeman killed, four injured in Songkhla bombing
a year ago
Terror suspects tested bombs before being nabbed - report
a year ago
Risk of nuclear war now highest since WW2 - UN arms research chief
a year ago