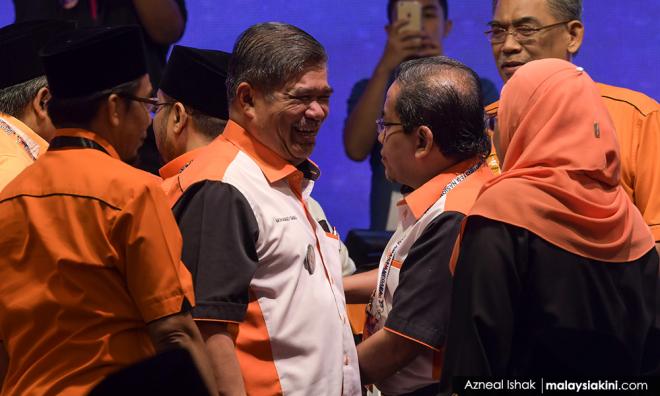 Amanah leaders back Latheefa and 7 things that happened yesterday

2. Amanah Youth leader Muhammad Faiz Fadzil urged his Pakatan Harapan allies to close ranks on the issue and support the effort by the prime minister to fight corruption.

3. PKR president Anwar Ibrahim said the prime minister needs to explain why cabinet wasn't consulted over the appointment and why the guidelines in the Harapan manifesto weren't adhered to.

4. Wangsa Maju MP Tan Yee Kew signed an online petition calling for Latheefa to resign since her appointment was not discussed by the Parliamentary Special Select Committee on Public Appointments.

5. Latheefa herself was unfazed by the criticisms Mahathir had faced over her appointment, stressing that she will focus on her task as MACC chief.

6. Washington DC-based think-tank Freedom House believed that the press freedom situation in Malaysia is improving thanks to political change.

7. Putrajaya will attempt to strike out a suit filed by former Sabah chief minister Yong Teck Lee to stop the federal government from forming the Royal Commission of Inquiry on the Judiciary.

8. The Perak government had replaced its fleet of Proton Perdanas with Toyota Camrys because it was cheaper to maintain. Toyota also gave a hefty discount.