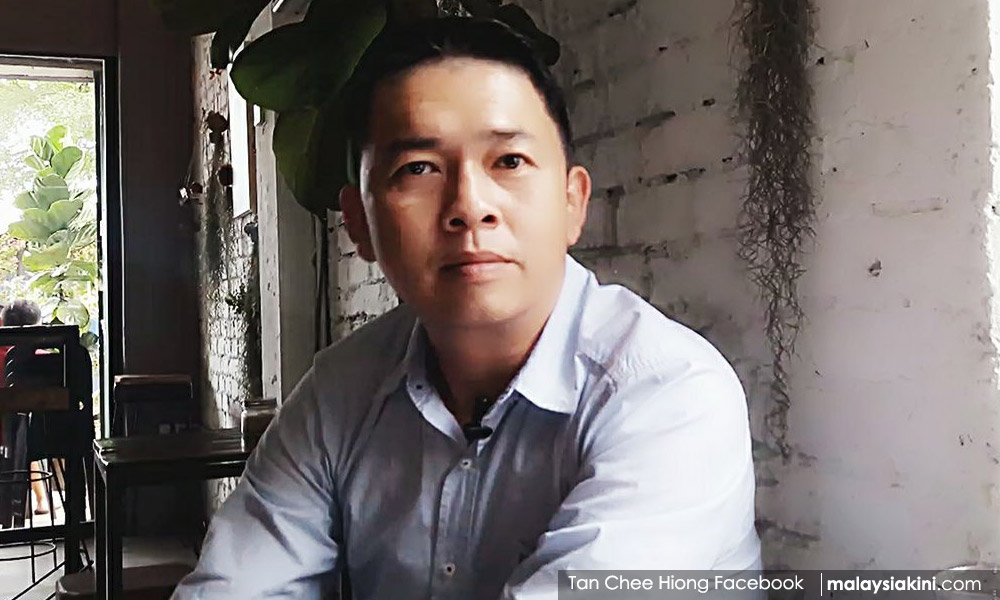 MCA Youth has questioned if Parliament Select Committee on Major Public Appointments chairperson William Leong had made a U-turn with regard to his position on such appointments.

MCA Youth deputy chief Tan Chee Hiong (above) said Leong had initially claimed that the prime minister had violated Pakatan Harapan's manifesto in the recent appointment of the MACC chief but later changed his stance to say that the legislative arm could not interfere in public appointments.

"His latest statement showed that his stance has changed, with an attempt to twist his speech after succumbing to Prime Minister Dr Mahathir Mohamad's power to cover up Pakatan Harapan reneging on their election promises," Tan said in a statement.

He asked if Leong's spirit had faltered under political pressure. "Leong should put an end to all the self-justifications and face two options left in front of him.

"One, stay true to Harapan’s manifesto in reforming MACC by granting powers and autonomy to the commission, including appointing their own officials.

"MACC will no longer report directly to the prime minister but rather to Parliament which will validate the appointment of their commissioners democratically.

"Two, unequivocally admit that Pakatan Harapan has broken yet another promise and will not actually reform MACC," he said.

Tan said the parliament select committee will have no value if it just plays the role of monitoring and evaluating public appointments.

"Any member of the Parliament, media and even the public can “monitor and evaluate” these appointments without the need of a specially established select committee," he said.

In its manifesto, Harapan had pledged to curtail the power of the prime minister by setting up a parliamentary committee to approve candidates for top positions in key public agencies.

Leong then said his committee will meet with Mahathir to discuss the issue of such public appointments.

He admitted the current laws did not provide a role for his committee in major public appointments but the executive could cooperate with the committee in the matter.

Leong, who is also the Selayang MP, said it was important for the legislative body to keep the government in check.