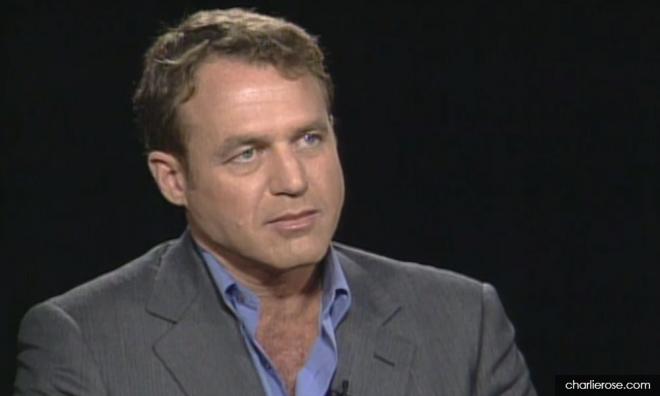 Langewiesche further resurfaced the theory that Zaharie murdered all other 238 passengers and crew before intentionally crashing the plane into the ocean.

In his report published online in the July issue of American magazine The Atlantic, Langewiesche claimed Malaysian authorities under the then BN-led government hid pertinent information to hide its own ineptitude and inefficiency during the early days of the incident.

“The Malaysian regime … was also proving itself to be furtive, fearful, and unreliable in its investigation of the flight. Accident investigators dispatched from Europe, Australia, and the United States were shocked by the disarray they encountered.”

This was followed by his claim that Malaysian police hid facts on Zaharie, following background checks conducted, after allegedly discovering “aspects of Zaharie’s life that should have caused them to dig more deeply”.

“It is hard to know the true extent of the police discoveries, because the report that resulted from the investigation stopped short of full disclosure.

“...No one was surprised. The prime minister at the time was a nasty man named Najib Razak, who was alleged to be monumentally corrupt. The press in Malaysia was censored. Troublemakers were being picked up and made to disappear. Officials had reason for caution. They had careers to protect, and maybe their lives.

“It is obvious that decisions were made to not pursue certain avenues that might have reflected poorly on Malaysia Airlines or the government."

He added: “The important answers probably don’t lie in the ocean, but on land, in Malaysia. That should be the focus moving forward. Unless they are as incompetent as the air force and air traffic control, the Malaysian police know more than they have dared to say.”

The writer, however, did not substantiate these claims but used it to further his claim on the pilot’s alleged culpability.

This, despite the report released by the Safety Investigation Report on MH370 last July which indicated "nothing negative" about the pilot.

The writer, citing people close to Zaharie, including a lifelong friend, alleged, among others, the pilot was “lonely and sad” after his marriage allegedly broke down.

It was alleged in the article: “There is a strong suspicion among investigators in the aviation and intelligence communities that he was clinically depressed.”

Even so, Langewiesche acknowledged that “this was hardly a reason (for Zaharie) to go berserk”.

Malaysia Airlines flight MH370 disappeared, along with 227 passengers and 12 crew members, in the early morning of March 8, 2014, on a flight from Kuala Lumpur to Beijing.

The flight had mysteriously terminated communications and deviated from its flight path before disappearing.

It has never been found and remains one of the world’s biggest aviation mysteries, despite several multi-national searches, first in the South China Sea and Straits of Malacca, and a second more extensive Australia-led search in what is known as the “seventh arc” in the southern Indian Ocean.

To date, only several pieces of debris from the plane have been discovered washed ashore, including the Boeing 777-200ER wing fragments.

In May last year, Malaysia called off a three-month “no cure, no fee” search by US firm Ocean Infinity.

Langewiesche, himself a former pilot, dismissed the possibility of the MH370 disaster being an accident, the result of a system failure and human error, including computer glitch, mechanical or instrument failures, fire, medical emergency, as well as an “act of God”.

This, he claimed, was due to a study of the plane’s complicated flight pattern - recorded by air traffic control computers and “partially corroborated by secret Malaysian air-force data” - upon its sudden turnaround from Vietnam airspace.

It has been reported that the plane had made a U-turn, turning southwest and reverting back into Malaysian airspace towards Penang, before heading northwest up the Straits of Malacca and out across the Andaman Sea.

He wrote: “That part of the flight took more than an hour to accomplish and suggested that this was not a standard case of a hijacking. Nor was it like an accident or pilot-suicide scenario that anyone had encountered before. From the start, MH370 was leading investigators in unexplored directions.”

Langewiesche theorised that Zaharie killed all others on board by de-pressurising the airplane, rendering them unconscious before they succumbed to lack of oxygen.

Zaharie allegedly eventually crashed the plane, which broke into pieces upon hitting the water at high velocity.