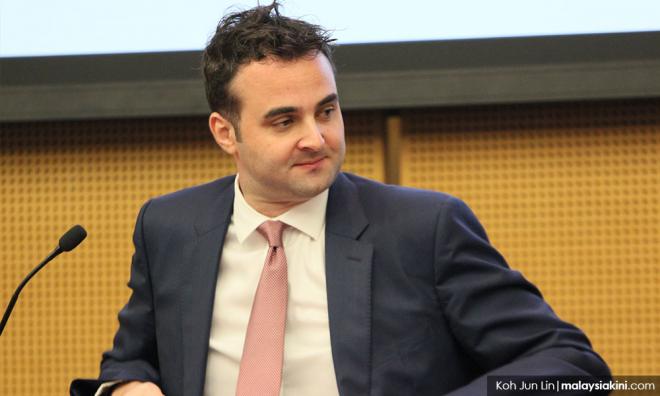 Malaysia’s diversified economy will provide the nation with a buffer from the impact of a full-blown trade war between the United States (US) and China.

World Bank lead economist in macroeconomics, trade and investment Richard Record said the country also has an enlarged trading partner and exports various products and services throughout the world.

“From what we can see, Malaysia has its strength. The export numbers are increasing but at the expense of the US and China.

"However, despite gaining a bigger market share, the global economy is slowing down, which would mean less demand,” he told Bernama on the sidelines of the Malaysian Economic Convention here today.

However, he said amid the intensified trade tensions between the US and China, the economy of Malaysia and other emerging markets was expected to experience a slowdown due to the shock waves of international trade.

“The escalating trade tensions between the two economic powerhouses have slowed down the global economy and demand, which will see Malaysia’s exports also decelerating because it is an open economy, hence it could not be exempted from the global impact,” he added.

According to the ministry, it was also the highest export value ever recorded for the month of April, boosted by an increase in shipments of electrical and manufactured products, as well as refined petroleum goods.

In terms of attracting investment, Record said that due to the prolonged trade tensions, as well as the possibility of similar trade tensions involving the US and other economies such as India, would cause outflows especially in emerging markets.

“What we are seeing now is market volatility across the world, driven by nervousness of investors worldwide due to the trade tensions. When this occurs, investors tend to retreat from the emerging markets,” he said.

US President Donald Trump and Chinese President Xi Jinping are expected to meet at the G20 Summit in Osaka on June 28-29, with analysts hoping the meeting would lead to a trade war truce between the two economic powerhouses.