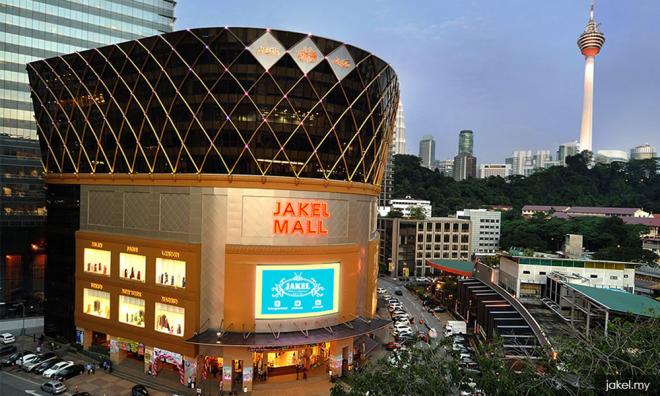 Jakel added in a statement that it was a genuine business transaction done at arm's length and the company was not in a position to question the then prime minister about his source of funds to pay for the items.

"Let it be clear that the transactions referred to were orders that we received from the former prime minister and also from the Prime Minister’s Office (PMO) then for Jakel to supply jubah (robes) fabrics that the former prime minister and PMO had organised for all their charity programmes well before any issues pertaining to 1MDB came to our knowledge.

"Jakel received the payments after we delivered the goods. All payments for goods sold/delivered, we accept in good faith and we are not in the position to question the source of the funds unless there was clear evidence that the same were ill-gotten funds.

"Any issue of money laundering is totally beyond our knowledge," it said.

Jakel said the charity programmes included supplying robes to imams, religious schools and more than 7,000 mosques, as well as clothing for flood victims between 2011 and 2014.

Jakel was responding to the MACC announcement that the textile company was among 41 named as part of a forfeiture suit on grounds that they received funds misappropriated from 1MDB through Najib's bank account.

Malaysiakini understands that the payments to Jakel amounted to around RM23.3 million.

Jakel said it has provided the MACC with all relevant documents on the transactions and is committed to assisting the graft-buster.

"Jakel had no prior knowledge whatsoever with regard to the money issues as mentioned in the statement by MACC, and Jakel has never been involved in any money laundering scheme and would remain to be so in the future.

"Jakel is committed to performing its business in a responsible manner and would like to stress that it has nothing to gain from illegal or unethical business practice and takes allegations of money laundering very seriously.

"Jakel’s core businesses are textile and textile-related products on retail and wholesale trading.

"We carry out our bona fide activities in good faith where all customers are treated equally. All our sales are properly invoiced and payments are accepted likewise, in good faith," it said.

Jakel added that it will give its utmost commitment and cooperation to the government and MACC so as to restore its reputation.

Najib is facing 42 charges of money laundering, abuse of power and criminal breach of trust over the misappropriation of funds from state-owned 1MDB and its associates.

The multi-billion ringgit deposits in Najib's bank account first made into the public domain in 2015 but prosecution only began in 2018 following a change in government.