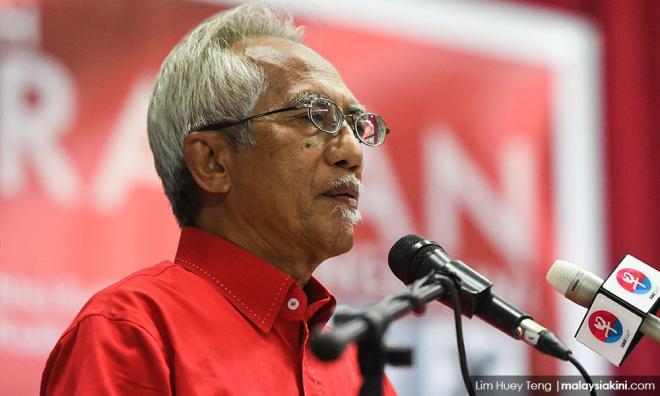 Weighing in on sex video, Kadir gives examples of ministers who resigned

While he did not go into the specifics of the video, Kadir went on to provide international examples of ministers who have resigned.

"He stepped down simply because he is embroiled in a defamation suit against a journalist," said Kadir, who is also Bersatu supreme council member.

The special media adviser to the prime minister was commenting in his personal capacity.

Kadir noted that a number of people, including a senior PKR leader, whom he did not name, had questioned his silence about the sex video which was circulating among the PKR members and the press on June 11 via anonymous numbers on WhatsApp.

Santubong PKR Youth chief Haziq Abdullah Abdul Aziz claimed he was the man in the video and his partner was Azmin.

Haziq further alleged that the video was secretly filmed during the Sandakan by-election.

Azmin (photo) described the allegation as slander and character assassination intended to end his political career.

Kadir said he had been "badly burnt" in the past for taking a position on a "similar incident a very long time ago - 1997-98 to be precise".

At the time, he said his reputation as a journalist and editor was put into question and the newspaper where he worked at, the New Straits Times, suffered.

However, Kadir said even though he no longer worked at a newspaper, some people still pay attention to his comments.

"For that reason, I feel that I should not abrogate my responsibility. As such I continue to take (a) position on matters of national interest," he said before weighing into the Sandakan sex video.

Kadir said the sex video is a test on Harapan's pledge to be open, transparent and accountable, as well as its promise to uphold the rule of law and the Federal Constitution.

It is also a test on the professionalism of the police under the new leadership of Inspector-General of Police Abdul Hamid Bador.

"It is a test to the ability of the Harapan leadership to stay above the fray and to put the interest of the country above personal likes and dislikes.

"It is a test to the humanity, humility, morality and dignity of Harapan leaders collectively and individually," Kadir added.